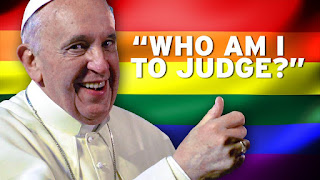 In Their Own Words: Homosexuality, the Catholic Church, and the Society of Jesus