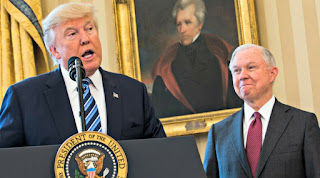 WASHINGTON (ChurchMilitant.com) - The Trump administration is countering Obamacare regulations that had forced doctors to perform sex change services and forced insurers to cover those costs along with those associated with abortions.
The Department of Justice (DOJ), headed by Attorney General Jeff Sessions, is saying new regulations from the Department of Health and Human Services (HHS) will soon nullify a 2016 rule from the Obama administration that mandated doctors must provide sex change surgery and hormone therapy to those suffering from gender dysphoria. The previous ruling buried in Obamacare had further mandated insurers cover the costs of not only sex change services but also those of abortions as well.
Obama's so-called transgender health mandate was put on hold by a Texas judge last December after it was challenged by five states, including Texas, as well as the Franciscan Alliance, a group of Catholic hospitals. United States District Judge Reed O'Connor found the interpretation illegal, as it wrongly understood sex discrimination to include "discrimination on the basis of gender identity," which he said was rightly understood to mean "discrimination on the basis of the biological differences between males and females." The judge ruled that the former rule was also illegal "because it does not incorporate certain statutory exemptions concerning religion and abortion."
The White House declined in May to appeal the ruling by Judge Reed. This case is highly reminiscent of the Trump administration's decision in February not to appeal an injunction also issued by Judge Reed that stopped Obama's transgender bathroom mandate.
The action by the DOJ and HHS comes on the heels of Trump's announcement that he's banningtransgender individuals from serving in the military.
The DOJ said August 4 that it's in the process of reviewing an HHS regulation expected to grant conscience exemptions for doctors who would refuse to perform sex change procedures on so-called transgenders. The new regulation would also allow insurance companies to opt out of footing the bill for these practices they hold to be immoral. Left-leaning advocacy groups like the American Civil Liberties Union (ACLU) and Lambda Legal, a pro-LGBT group, are up in arms.