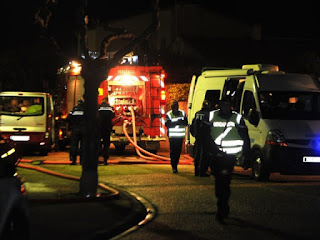 Police have confirmed that a fire in the French church of Notre-Dame de Grâce on Easter Sunday appears to have been intentionally set, making it the latest in a string of desecrations of Christian churches in the country.

The fire was started in a large, wooden confessional around 4:30pm and proceeded to consume a dais in the presbytery of the eighteenth-century church located in the southern French town of Eyguières, near Provence.

“Flames several meters high were coming out of the church,” said the mayor of Eyguières, Henri Pons, before a team of 30 firefighters with six vehicles arrived and managed to contain the blaze.
Postado por Pedro Erik às 00:00