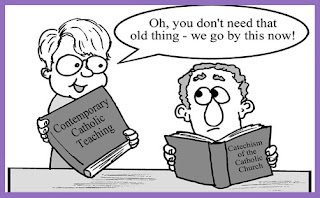 The Catechism and the death penalty: are Catholics right to be worried?

hursday’s update to the Catechism, in which the death penalty was redescribed as “inadmissible”, has troubled more than a few Catholics. Friends who don’t normally bother with Church politics have brought it up in conversation. The news has dominated social media, helped by headlines like “Pope changes Church teaching”. Those headlines are misleading: the edit does not change any teaching. But it has created confusion and anxiety.
To recap, the Catechism previously said that “the traditional teaching of the Church does not exclude recourse to the death penalty”, while recommending that it be “very rare, if not practically non-existent”. But this was practical guidance, rather than a firm doctrinal statement. Cardinal Ratzinger, the Vatican’s doctrinal chief when the Catechism was issued, said there was a “legitimate diversity of opinion even among Catholics” about whether, and how much, modern states should employ capital punishment.
Pope Francis’s tweak to the Catechism changes that guidance into something apparently much stronger: the death penalty is now said to be “inadmissible”. This is confusing because “inadmissible” is a vague, non-technical term. It could mean “inadmissible in today’s societies, in the Pope’s view”. On this reading, the Pope wasn’t talking about the theoretical legitimacy of the death penalty; he was just making a statement that today’s political regimes are so universally awful that they can’t be trusted to administer it.
...
The problem is that Church teaching on this point is remarkably well-established. As Edward Feser reminded us yesterday, the saints and the popes (up to St John Paul II and Benedict XVI) have consistently taught that the death penalty is in principle legitimate. Some popes have seen it as a litmus test for orthodoxy.

Two kinds of overreaction are possible here. The gloomy will ask, “Why should I believe the Church about anything, if popes can just contradict each other?” The blasé will say, “I’m sure Pope Francis has called this one correctly – he’s the Pope, after all, so we should just trust him.”
Both reactions ignore doctrine and history. It is part of Church teaching that popes can sometimes wander into error. It happens. If in the 1330s you had gloomily asked, “Why should I believe the Church about anything, if Pope John XXII can contradict such well-established doctrine on the beatific vision?” you would have had the surprise, a little while later, of hearing Pope John shamefacedly withdraw his statements.
If in the 630s you had cheerfully said, “I’m sure Pope Honorius has called this one correctly on Monothelitism – he’s the Pope, after all, so we should just trust him,” you might have lived to hear, a half-century later, the Third Council of Constantinpole solemnly declare: “To the heretic Honorius, anathema!”
So it’s more than possible for a pope to be in tension with Church teaching. Nevertheless, given that the Pope is the successor of St Peter, you can see why Catholics find the situation distressing.
Matthew Walther, a columnist for The Week whose writing will also be very familiar to Catholic Herald readers, once praised Pope Francis as “a good and pious shepherd of souls”. On Thursday Walther retracted those words, saying that while he still admired much of Francis’s pontificate, “he has undermined my faith today”.
..
Some people will be able to say, serenely, that God protects His Church from error, and that a highly ambiguous form of words, in a not-very-authoritative context, is no big deal. To those finding it harder to stay calm, maybe it’s worth reflecting on the testimony of Catholics who have contemplated history most deeply. They tend to say that, when things look really bad, a glorious recovery is imminent. As the historian Christopher Dawson put it, “When the Church possesses all the marks of external power and success, then is its hour of danger; and when it seems that no human power can save it, the time of its deliverance is at hand.”