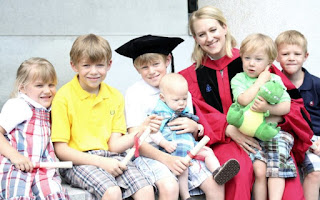 Following a comment by President Emmanuel Macron, in which he expressed skepticism that any well-educated woman would decide to have many children, women with large families have been using the “#PostcardsForMacron” hashtag to send the French president pictures of their happy families.
Speaking about high fertility rates in Africa during a Gates Foundation “Goalkeepers” event held in New York City Sept. 25-26, Macron compared having a large family with forcing a girl to be married as a child.
Macron stated that when women are educated, they do not have many children.
“I always say: ‘Present me the woman who decided, being perfectly educated, to have seven, eight or nine children,” said Macron.
“Please present me with the young girl who decided to leave school at 10 in order to be married at 12.’”
In response, many women took issue with the French president’s apparent disbelief that academically successful women would choose to be mothers of several children.
Dr. Catherine R. Pakaluk, a professor of social research and economics at the Catholic University of America, started the hashtag by sharing a photo of herself and six of her eight children. 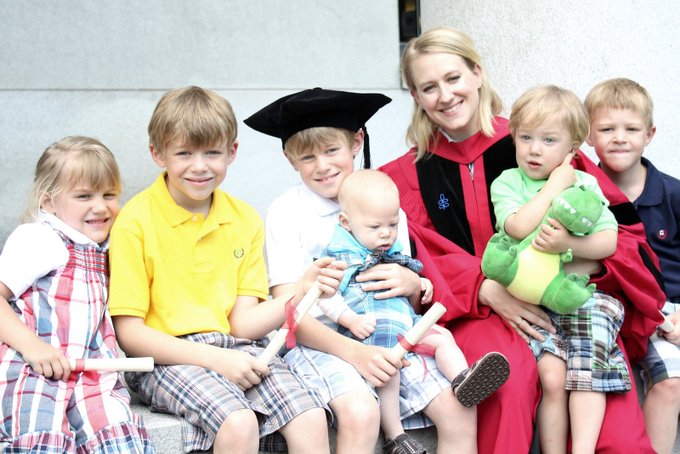 Twitter Ads info and privacy
She followed up that tweet explaining that she holds both a Master’s degree and a Ph.D. from Harvard University and has, as she phrased it, “Eight children by choice.”
Her post garnered thousands of views, and other women followed her lead, including Beth Hockel, a “Stanford graduate, electrical engineer, mom of 11.” 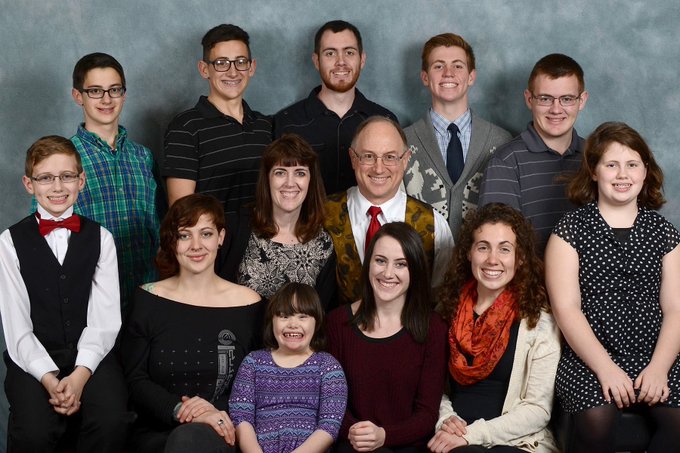 Twitter Ads info and privacy
Catholic writer Elizabeth Foss shared a picture of her nine children, saying “Yes, they’re all mine. And so is my (University of Virginia) degree.” 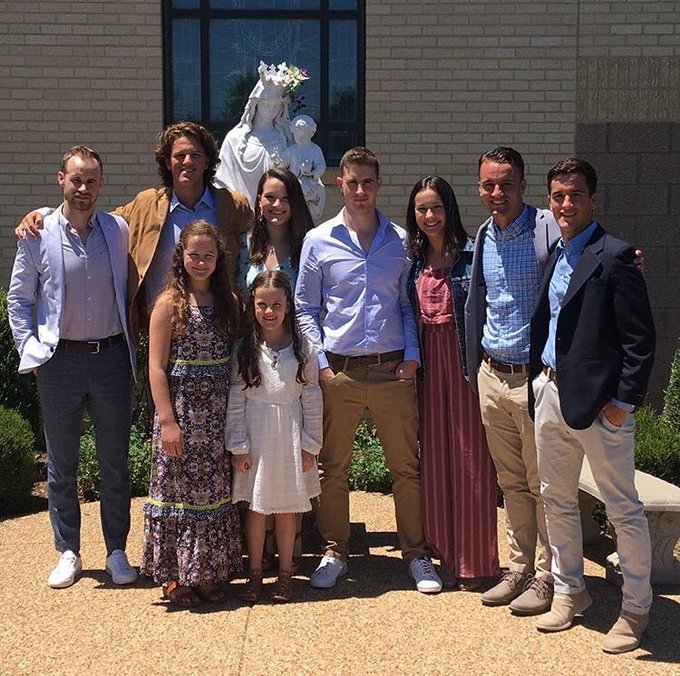 Yes, they’re all mine. And so is my UVa degree. #postcardsforMacron

Twitter Ads info and privacy
Men joined in as well, sharing pictures of their wives and their own mothers.
“Check out my educated and inspiring wife and mom of 7,” tweeted writer Josh Canning, along with a picture of his family. 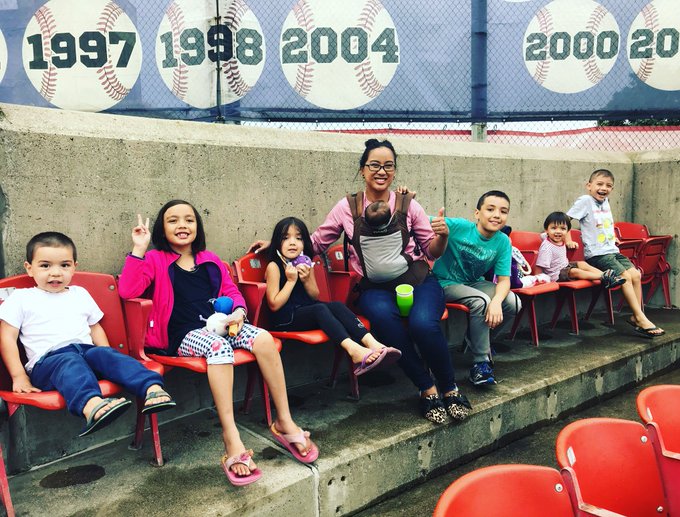 #DearEmmanuelMacron check out my educated and inspiring wife and mom of 7. #postcardsforMacron

Twitter Ads info and privacy
Several people pointed out that philosopher Elizabeth Anscombe was a mother of seven, and yet still taught at Oxford and Cambridge. 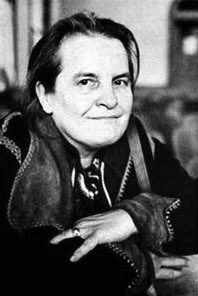 Dear @EmmanuelMacron This is the Oxford and Cambridge philosopher Elizabeth Anscombe. She is widely considered one of the greatest 20th century philosophers. She had seven children. #PostcardsforMacron

Twitter Ads info and privacy
While Macron made the remarks at the end of September, his comments on family size gained media traction on Monday, following a report in the Guardian newspaper.
Macron himself does not have any children, but his wife has three children from her first marriage.


The Macrons met when the future French president was 15 years old, his future wife Brigitte Trogneux was his teacher.