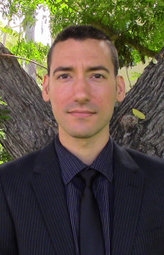 Daleiden diz uma frase espetacular: “It is a paradox that we can’t have laws that recognize unborn babies as human, and yet, it is their very humanness that makes them valuable for experimentation".

Why the Catholic Behind the Planned Parenthood Videos Went Undercover

IRVINE, Calif. — With the façade of a fictitious biotechnology company, David Daleiden and his fellow investigators from the Center for Medical Progress (CMP) infiltrated the bowels of the abortion industry at its ugliest.
For 30 months, as part of their “Human Capital” investigation, they followed the trail that led to aborted babies whose parts are earmarked for sale, even while their little hearts are still beating.
“It is a paradox that we can’t have laws that recognize unborn babies as human, and yet, it is their very humanness that makes them valuable for experimentation,” Daleiden said in an interview last week with the Register.
“It is as if they [the biotech companies] are going on a treasure hunt for the heads or hearts of babies, but how much more valuable would those heads and hearts be if they were allowed to grow up and be a part of society?”
As leader of the project, Daleiden schmoozed and lunched with people at the top of Planned Parenthood — abortionists, administrators and directors. Acting as if he wanted to procure the valuable parts of aborted babies, Daleiden secretly videotaped the perpetrators so they would be admitting their own guilt in front of what certainly would be a shocked public.
It was mission accomplished on July 14, when Daleiden released the first of a dozen videos. In just a few days, more than 2 million people had viewed the video, and five investigations were opened: three congressional and two state. And this week, his organization released a second video that has further intensified the public questioning of Planned Parenthood’s fetal-tissue policies and calls for defunding and more investigations.
But Planned Parenthoods’ callous disregard for the bodies of innocent babies should have surprised no one, according to Archbishop Charles Chaput of Philadelphia.
“No one should be shocked by this video,” Archbishop Chaput said in a statement for the Register. “This is who Planned Parenthood is and what it does. It’s been part of the organization’s gene code from the start. The logic of its disdain for new life is just working itself out. And it won’t stop until the money and the media adulation are cut off.”

Caught Off Guard
Perhaps no one was caught off guard last week more than Planned Parenthood’s leaders, who thought Daleiden was one of their supporters.
“Off hand, I don’t even know how many people we talked with,” he said. “It was dozens. But no one ever suspected anything. I’m sure they got the surprise of their careers the morning they woke up and saw the video.”
The day after the first video was released, Planned Parenthood’s president, Cecile Richards, released a statement apologizing for Dr. Deborah Nucatola’s “tone” in discussing fetal-tissue procurement during abortions, but denied that they profit from tissue donation.
By the following Monday, Planned Parenthood’s lawyer issued a five-page letter to the investigating House Energy and Commerce Committee accusing Daleiden of many things, including harassing Planned Parenthood and likely deceptively editing the videos. The letter complains that Daleiden passed as a representative of the fake company Biomax Procurement Services; and that as part of the ruse, he had even set up displays at Planned Parenthood conferences.
But not everything was an act. Daleiden said he truly considered Nucatola a friend. She is the senior director of medical services, who, in the first video, is seen sipping wine and munching on salad in between chatting about harvesting babies’ organs — even casually mentioning she “did a 17-weeker just this morning.”
“Everyone on the investigative team who worked with Dr. Nucatola really liked her; she was always very personable,” Daleiden said, and then paused a moment. “I hope she decides to get out and stop doing abortions.”
Daleiden, who is Catholic, said he prays for the abortion providers he met during the project.
But Daleiden was clearly not there to make friends. “We need to hold Planned Parenthood responsible for their atrocities against humanity,” he said. “These videos are to inform and activate the public about what is going on right under our noses — with taxpayer dollars.”
And CMP has only just begun. There will be around a dozen more shocking videos in all, including the latest, where a Planned Parenthood executive jokes about pricing baby parts and says, “I want a Lamborghini.”
“We didn’t want this to be a flash in the pan and then forgotten,” Daleiden said.
The tentative schedule is to release one a week. Despite accusations that the first video was heavily edited, the full two-hour unedited version was released at the same time as the summary video. It will be the same with each one to follow.

‘Harvesting’ Process
It was while majoring in government at Claremont McKenna College in California that Daleiden received his first hint that the abortion industry was selling parts from aborted babies.
“I was working as a research assistant and attended a stem-cell conference as part of my job,” he said. “The presenter mentioned using cells from an aborted baby for research. That got my attention. I thought, ‘Wait a minute — what?’”
Although he had been active in the pro-life movement since high school, before that moment, he had not thought about aborted babies being used in research.
That thought stayed with him. He continued his pro-life work, which included working as a citizen journalist investigating the abortion industry, and became the director of research forLive Action in 2008.
In 2013, at the age of 24, he founded the Center for Medical Progress to investigate in-depth bioethical issues. “Human Capital” is its first project.
Part of the preparation for the project included studying Life Dynamics’ research from 15 years ago. That organization had paid an employee of a fetal tissue-collection organization to provide evidence of illegal practices at a Planned Parenthood facility in Overland Park, Kan.
The story got the attention of ABC’s 20/20. A congressional investigation was opened but became politicized and poorly managed, so the issue was soon dropped. Daleiden said it became a learning tool for the “Human Capital” investigation. “There was plenty of evidence, but because they [Life Dynamics] went after the middleman and the investigation fell apart, Planned Parenthood got away.”
Daleiden said he knew that his team had to go directly to the supplier of baby parts: Planned Parenthood. The harvesting companies send technicians to the large abortion facilities every morning with a list of baby parts they are looking for, Daleiden explained.
He said the top companies in the industry are StemExpress, Novogenix and Advanced Bioscience Resource. In the first video, Nucatola referred to the biotech’s morning round, saying she likes a morning “huddle” with staff to go over the list of parts to be “harvested” for the day.
According to Daleiden, although the biotech company incurs all the work and expenses involved in procuring the body parts, Planned Parenthood still charges a “specimen fee” for each one.
“Our investigators spent almost three years deeply imbedded with Planned Parenthood and their affiliates,” Daleiden said. “And we heard from their own mouths, over and over, again and again, that they make money off of selling the parts of aborted babies and have a profit motive in doing so.”
“Turning aborted babies into a revenue stream is an inhuman exploitation of the not fully dead,” Daleiden said.
“They are saying that some unborn babies are more valuable dead than alive. It’s a terrible, barbaric place for a democratic society to go.”

An Insider’s Perspective
Theresa Deisher helped to prepare Daleiden for his role as a biomedical representative, teaching him the ins and outs of the field.
She holds a Ph.D. in molecular and cellular physiology from Stanford University and worked for more than 20 years in the commercial biomedical industry. As her respect for the unborn grew, so did her intolerance for working in a field where experimenting on material from aborted babies is rampant. She is now the president of Sound Choice Pharmaceutical Institute and CEO of AVM Biotechnology; both companies have a mission to end the use of aborted babies in biomedical research.
“It is legal for Planned Parenthood to charge ‘processing fees’ for harvesting the parts of aborted babies, but it is not legal to sell to them, and she [Nucatola] did say sell in the video,” Deisher noted.
Whether the babies are born alive is a crucial question, according to Deisher. “In order to get good heart tissue, it has to be processed within five minutes of death. I bet the gruesome fact is that many of those babies are alive when they are harvested.”
She also noted that Nucatola talks about going for the calvarian — the top of the head. “They can’t get that with the head inside, so is the baby alive when they collect it?”
At the core of the problem, according to Deisher, is the belief that using fetal material is necessary for research. “Once we turn a blind eye to the baby being a person or say we are only going to do it once,” she said, “the flood gates are opened.”
Deisher described the use of the first tissue from an aborted baby as the opening of a Pandora’s box that won’t close now.
“People don’t want to walk the hard walk or to look like they are not progressive,” she said. “But what is progressive about taking a baby and chopping it up to make vaccines or do research?”