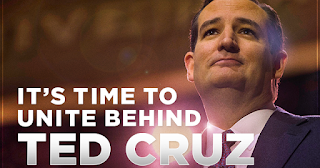 0
CATHOLICVOTE ON MARCH 29, 2016
Five candidates remain in the race for the White House.
No candidate is perfect. Some are worse than others. Candidates Hillary Clinton and Bernie Sanders, both of whom openly support killing children, the destruction of marriage, and attacks on religious liberty, are simply not options for Catholic voters. They must be defeated.
Which leaves Donald Trump, Ted Cruz and John Kasich.
Who do we trust? Who do you trust?
Who will protect the Little Sisters of the Poor and religious liberty for all? Who will revitalize our economy? Who will appoint Supreme Court justices that will respect our Constitution and the proper role of judges? Who will support strong families and a culture of marriage? Who will repeal Obamacare and replace it with a health care system that is just, affordable, and respectful of our rights to conscience? Who will take the fight to ISIS and protect Christians in the Middle East and Americans at home?
The answer is obvious. We believe the choice is now clear.
Today we are proud to endorse Ted Cruz for President.
And a final reason we’re endorsing Ted Cruz:
Unlike Donald Trump, Cruz can defeat Hillary Clinton and win!
Since the presidential race began over a year ago, many talented leaders have run the race. Of those that remain, we are convinced that Ted Cruz is far and away the best choice – and the only acceptable choice with a viable path both to win the Republican nomination this summer and the general election in November.
Ted Cruz has a consistent record of supporting pro-life causes, of supporting religious freedom, and of supporting marriage. And, despite what the tabloids say, has by all trustworthy reports conducted himself as a good husband and father.
We knew at the outset of this process we could never support Hillary Clinton. It did not take us long to definitively conclude we could not support Donald Trump. The field is now clear enough for us to unambiguously support Ted Cruz.
The media wants you to believe that Donald Trump’s nomination is inevitable, but as usual, they’re wrong! In every state that has voted so far, Trump has failed to win a majority of votes. Trump has amassed a little more than 8 million votes so far. But almost 13 million votes have been cast for other candidates in the race – nearly 5 million more!
Historically, candidates who fail to achieve a majority of delegates going into a contested convention do not win the nomination.
John Kasich has only won his home state, has lost every other contest, and continues to raise doubts about his commitment to the things we believe are foundational. It is impossible for him to win enough delegates during the primaries to secure the nomination.
The next state in the nomination contest is Tuesday, April 5th: the winner-takes-all Wisconsin primary. The two most recent polls show Ted Cruz with a slim lead over Donald Trump. This could be the state that changes everything. The beginning of the end for Trump and the surge Ted Cruz needs.
We will be active in Wisconsin promoting a Ted Cruz victory over Donald Trump.
There are approximately 1.4 million Catholic voters in Wisconsin. We are launching new ads this week targeting every voter we can reach. Catholics must unite around Ted Cruz now.
If you believe in our decision and can help, please consider making a donation to our campaign to mobilize Catholic voters for Ted Cruz now!
It’s time to unite and help Ted Cruz win.
Postado por Pedro Erik às 17:40