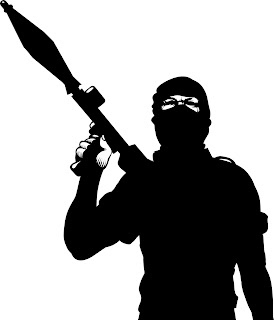 - Tem mais muçulmano britânico no Estado Islâmico do que no exército do País;


ISIS in Europe: How Deep is the "Gray Zone"?

by Giulio Meotti
April 4, 2016 at 5:00 am
In the 1970s and '80s, Europe was terrorized by a war declared by Communist armed groups, such as the Germany's Baader Meinhof or Italy's Red Brigades. Terrorists seemed determined to undermine democracy and capitalism. They targeted dozens of journalists, public officials, professors, economists and politicians, and in Italy in 1978, even kidnapped and executed Italy's former prime minister, Aldo Moro.

The big question then was: "How deep is the 'gray zone'?" -- the sympathizers of terrorism in the industrial factories, labor unions and universities.

In the last year, the Islamic State's henchmen slaughtered hundreds of Europeans and Westerners. Their last assault, in Brussels, struck at the heart of the West: the postmodern mecca of NATO and the European Union.

We should now answer the same question: How deep is the "gray zone" of the Islamic State in Europe?
Peggy Noonan recently tried to give an answer in the Wall Street Journal:


"There are said to be 1.6 billion Muslims in the world. ... Let's say only 10% of the 1.6 billion harbor feelings of grievance toward 'the West', or desire to expunge the infidel, or hope to re-establish the caliphate. That 10% is 160 million people. Let's say of that group only 10% would be inclined toward jihad. That's 16 million. Assume that of that group only 10% really means it — would really become jihadis or give them aid and sustenance. That's 1.6 million."

That is a lot.

According to a ComRes report commissioned by the BBC, 27% of British Muslims have sympathy for the terrorists who attacked the Charlie Hebdo office in Paris (12 killed). An ICM poll, released by Newsweek, revealed that 16% of French Muslims support ISIS. The number rises to 27% percent for those aged 18-24. In dozens of French schools, the "minute of silence" to commemorate the murdered Charlie Hebdo's journalists was interrupted by Muslim pupils who protested it.

How deep is ISIS's popularity in Belgium? Very deep. The most accurate study is a report fromVoices From the Blogs, which highlights the high degree of pro-ISIS sympathy in Belgium. The report monitored and analyzed more than two million Arabic messages around the world via Twitter, Facebook and blogs regarding ISIS's actions in the Middle East.

The most enthusiastic comments about ISIS come from Qatar at 47%; then Pakistan, at 35%; third overall is Belgium, where 31% of tweets in Arabic on the Islamic State are positive -- more than Libya (24%), Oman (25%), Jordan (19%), Saudi Arabia (20%) and Iraq (20%). This shocking data exposes the success of the network and its easy pro-ISIS recruitment in Belgium.

In the UK, one in five Muslims have sympathy for the Caliphate. Today more British Muslims join ISIS than the British army.

In the Netherlands, a survey conducted by Motivaction shows that the 80% of Dutch Turks see "nothing wrong" in ISIS.

Among young European Muslims, support for suicide bombings range from 22% in Germany to 29% in Spain, 35% in Britain and 42% in France, according to a Pew poll.

After the massacre at Charlie Hebdo, Al-Jazeera conducted a survey asking, "Do you support Isis's victories?" 81% of respondents voted "yes."


Giulio Meotti, Cultural Editor for Il Foglio, is an Italian journalist and author.