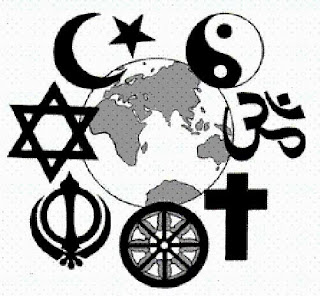 Vejam a reportagem do Asia News

Pope: coexistence with Muslims "is a beautiful flower that promises to bear fruit"

Vatican City (AsiaNews) - Coexistence between Christians and Muslims "is a beautiful flower that promises to bear fruit. We must not give up!” knowing that“ there will still be difficulties, many difficulties because unfortunately, there are intransigent groups ”.

Pope Francis confirmed his belief in dialogue on his return from Morocco, a country where "there is freedom of worship, there is religious freedom", in speaking with journalists during the flight back to Rome. He also said that "now we see the flowers, the fruits will come later. But the flowers are promising ”.

Always, “when there is a fraternal dialogue, there is a relationship at various levels". "For example: the joint appeal for Jerusalem was a step forward made not by an authority of Morocco and an authority of the Vatican, but by believing brothers who suffer seeing this" City of hope "that is not yet as universal as we all desire it to be: Jews, Muslims and Christians. We all want this. And this is why we have signed this desire: it is a desire, a call to religious fraternity that is symbolized in this city that is all ours. We are all citizens of Jerusalem, all believers ”.

"With Muslim brothers and sisters, we sealed this fraternity in the Abu Dhabi document, and here in Morocco, with this we have all seen a freedom, a welcome, all brothers with such great respect.” "We have seen that it is better to sow hope, to go hand in hand, always ahead". In Morocco, he said, we have seen, "even in the dialogue we need bridges and we feel pain when we see people who prefer to build walls. Why do we feel pain? Because those who build walls will end up being prisoners of the walls they have built ”.

"I see that many people of good will, not only Catholics, but good people, of good will, are a little gripped by the fear that is the usual sermon of populism: fear. Sowing fear and then making decisions. Fear is the beginning of dictatorships." As was the case in Germany when Hitler arrived.

"It is true that the first work we should make is to try to ensure that people who migrate for war or for hunger do not have this need. But if Europe, so generous, sells arms to Yemen [used] to kill children, how can Europe be coherent? I say: this is an example, but Europe sells weapons. Then there is the problem of hunger, thirst. Europe, if it wants to be the mother Europe and not the grandmother Europe, must invest, must try intelligently to help to lift up [people] with education, with investments, (this is not mine, Chancellor Merkel said it). It is something that she carries forward well enough. To prevent immigration not by force, but by generosity, educational investments, economic investments, etc. This is very important. Second thing about this: how to act. It is true that a country cannot receive everyone, but there is all of Europe to distribute migrants to, there is all of Europe. Because hospitality must be open-hearted, then accompany, promote, and integrate. If a country cannot integrate [migrants] it must immediately think of speaking with other countries: how much you can integrate to give a dignified life to the people."