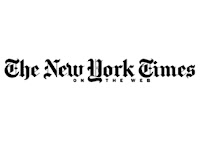 In Tehran, the speech by the supreme leader, Ayatollah Ali Khamenei, made during Friday Prayer and broadcast live to the nation, came amid deepening American concern about a possible military strike on Iran’s nuclear enrichment sites by Israel, whose leaders delivered blunt new warnings on Thursday about what they called the need to stop Iran’s nuclear program. Israel considers a nuclear-armed Iran a threat to its existence.
Israeli leaders have issued mixed signals regarding their intentions, suggesting that they are willing, for a short time at least, to wait and see if increasingly strict sanctions, including a European oil embargo, will force Iran to give in to inspectors’ demands, and to cease the production of at least some of the uranium that outside experts fear could be turned into bomb fuel.
The ayatollah also issued an unusually blunt warning that Iran would support militant groups opposing Israel, an action that some analysts said could be held up by Israel as a casus belli.
Reinforcing the concern, ABC News reported on Friday that Israeli consular officials were warning of possible attacks on Israeli government sites abroad and synagogues and Jewish schools. ABC quoted an internal Israeli document as saying, “We predict that the threat on our sites around the world will increase.”
Without being specific, Ayatollah Khamenei said that Iran “had its own tools” to respond to threats of war and would use them “if necessary,” the Mehr news agency reported.
Ayatollah Khamenei referred to the sanctions as “painful and crippling,” according to Iranian news agencies, acknowledging the effect of recent measures aimed at cutting off Iran’s Central Bank from the international financial system. But he also said the sanctions would ultimately benefit his country. “They will make us more self-reliant,” he said, according to a translation by Iran’s semiofficial Fars news agency.
The Wahsington Post
TEHRAN — A fiery anti-Israel speech by Iranian leader Ayatollah Ali Khamenei, delivered shortly after a successful Iranian satellite launch, added to growing global tensions Friday, as Israel warned that it might mount a preemptive strike against the Islamic republic’s nuclear facilities despite U.S. objections.

“From now onward, we will support and help any nations, any groups fighting against the Zionist regime across the world, and we are not afraid of declaring this,” Khamenei said during a rare Friday prayer lecture at Tehran University.
“The Zionist regime is a true cancer tumor on this region that should be cut off,” the supreme leader said. “And it definitely will be cut off.”
Most of Khamenei’s rhetoric was not new. But the timing and setting of his speech hardened a standoff that some analysts say has the potential to spark military action. Such a development would disrupt the international coalition that has emerged to confront Iran over its nuclear program, as well as jeopardize oil markets and the fragile global economy.
Khamenei’s speech, which comes ahead of a planned resumption of nuclear talks, exemplified his view of Iran as the flag-bearer in battles against the “arrogant powers,” a term used in Iranian political discourse to describe the United States and its allies.
U.S. and European sanctions, Khamenei said, are actually helping Iran to develop and will never succeed in halting the country’s nuclear enrichment program.
“These sanctions are aimed at making Iran back down, but Iran will not back down,” he said. “These sanctions are aimed at dealing a blow to us, but in fact, they are of benefit to us.”
The supreme leader’s tone Friday differed from that struck recently by President Mahmoud Ahmadinejad, who said last month that Iran is ready for talks with the West. While Khamenei did not mention the upcoming nuclear discussions, he made clear that compromises such as suspending uranium enrichment are not on the table. Iran has the upper hand in its standoff with the West, he said, because its opponents are “fading powers.”
Khamenei also said that Israel has become “weakened and isolated” in the Middle East because of the revolutions — he called them “Islamic awakenings” — that have spread through the region.
He suggested that Iran’s support for the Palestinian militant group Hamas and for Lebanon’s Hezbollah had helped lead to victory in their battles with “the Zionist state,” as Israel is officially called here.
Não se pense que a diferença entre os textos é apenas uma questão de estilo. As ameaças de guerra entre o Irã e o Ocidente são muito importantes hoje em dia para que se edite um discurso do principal líder do Irã. A questão é que o NYT não quer que o Ocidente reaja contra o Irã, por isso retira a força do discurso de Khamenei.