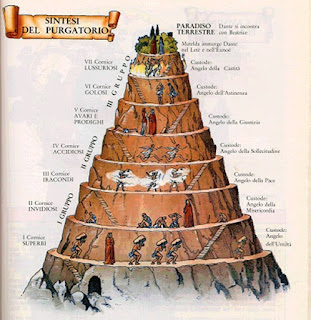 EXORCIST SAYS THAT THE DEVIL’S ‘FAVORITE SIN’ IS PRIDE

In an interview Monday for the Spanish daily El Mundo, Father Juan José Gallego, the exorcist for the archdiocese of Barcelona, Spain, said that casting out demons is “a very unpleasant job” and that at first he was “really scared” because of his close contact with Satan.
Sometimes during an exorcism, the devil will address him directly, by name, he said.
With a doctorate in theology from the University of St. Thomas Aquinas in Rome, as well as a degree in Philosophy from the University of Barcelona, the priest seems academically well equipped to take on the forces of evil.
He has been an exorcist for nine years, treating some five cases a day, half of which turn out to be a “mental health problem,” he says.
According to the exorcist, the devil speaks all languages and his favorite sin is pride. The celebrated Christian apologist C.S. Lewis once called pride “the great sin” and wrote that “it was through Pride that the devil became the devil: Pride leads to every other vice: it is the complete anti-God state of mind.”
In Father Gallego’s experience, people who are possessed by the devil often “lose consciousness, speak foreign languages, possess incredible strength and are deeply troubled.”
“You see the most proper ladies vomiting and swearing, saying things like ‘The Virgin Mary is a whore,’” he said.
“One boy would have his shirt set on fire by the devil at night, and the demons told him that if he made a pact with them, it would all stop.”
The exorcist said that the most terrifying case he worked on involved an Ecuadorian lady. He was called in by her husband who said that whenever she saw a religious symbol she would lose consciousness and fall to the ground. The priest said that when he arrived the woman was unconscious, and he put on his stole and picked up some holy water, at which the woman began to crawl across the floor like a snake.
“I threw holy water on her and she writhed as it burned her. Her three-year-old son attempted to approach her and she tried to attack him. We had to take the child away. Then she came at me.”
“I remember another case: a demon-possessed 16-year-old boy with no studies who said to me in perfect Latin: ‘I order you never to say the Lord’s Prayer again.’”
The first thing he says during an exorcism is: “Lord Jesus Christ, Word of God the Father, God of all creation, you gave the holy apostles the power to subdue demons in your name and full authority to crush the enemy.”
Asked whether the devil ever laughs, he replied that he does, in the most sarcastic way. “The devil is completely embittered,” he said.
Still, according to the exorcist, the greatest victory of the devil is “making people believe he doesn’t exist.”