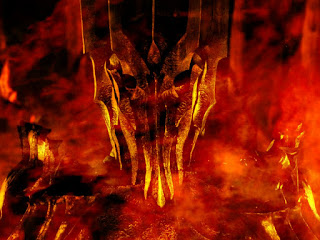 The Islamic State terrorist organization has reportedly forced a 4-year-old child to join one of the group's jihadi training camps where the militants indoctrinated him with Shariah law, and gave him a sword and ordered him to kill his own mother with it.

In an interview with the British news organization The Daily Mail, a 35-year-old Yazid mother who is now living as a refuge in Dohuk, Iraq, recounted how she and her four children were taken captive by IS last August near Sinjar Mountain during the period of time when the terror group first conquered large swaths of northern Iraq.

The mother, who is known only by her pseudonym of Bohar, explained that her young son, known by the pseudonym of Hamo, was eventually forced to join an IS training camp where he was trained how to behead and shoot non-Muslims.

Bohar added that the militants attempted to indoctrinate her son into believing that his own Yazidi people deserved to be killed because they were non-believers.

They told him that Yazidis are Kafir, Arabic for non-believers, and told him he had to fight them," Bohar said. "This one time, the IS man gave him a sword and said 'this is to kill your mother.'"

After the family's initial capture, Bohar said the family, along with at least 2,000 other Yazidi captives, were thrown into prisons. The mother explained that she and her kids were transferred from a prison in Tal-Afar to the Badush prison in Mosul as the jihadi leaders decided what to do with them. Eventually Bohar's eldest daughter and 12-year-old son were shipped off to Syria.

"Some friends [later] told me my daughter and son were taken to Raqqa, where I believe they still are," Bohar said.

Life was not pleasant for Bohar and her children as they lived inside the Tal-Afar prison. She claims that the militants made her and the kids eat and drink unthinkably vile and hazardous things.

"In Tel-Afar prison, IS put urine in the water tank and [served us] food with glass in it," Bohar said. "They wanted to hurt us."

Sometimes when the IS jihadis saw a United States coalition warplane fly above, the militants would retaliate by beating Bohar and her children senseless.
"ISIS fighters there beat us very badly, especially when they saw the U.S. airplanes," she stated.

Eventually, Bohar and her two children were moved out of prison and placed in an abandoned village where they were only fed one meal a day.

The meals, Bohar said, were spiked with morphine so the family would suffer from severe drowsiness, which made it harder for them to escape the caliphate.

Bohar asserted that anyone who attempted to escape was killed. She said she also witnessed IS fighters kill one man who tried to escape. After they killed the man, the militants hauled his slain body around in the streets and inquired if anyone knew him.

After surviving about three months under IS captivity in Iraq, Bohar and her two remaining children were brought to Raqqa and put up for sale in Raqqa's thriving slave market. Bohar was then separated from her 14-year-old daughter when her daughter was sold as a sex slave to an IS fighter.

Upon her arrival in Raqqa, Bohar saw her 12-year-old son, who was forced to join a training camp, being punished because he did not want to learn to read the Quran or participate in IS' jihad.

'I saw him on this military base," Bohar said. "I saw them beat him because he did not accept the rule of IS."

Bohar and Hamo were later sold to the same militant. "He was very bad to us. He did not give anything to us. He never opened the fridge for us," Bohar said. "I wanted him to sell me back to my family, but he refused. ... I asked him if he bring my other daughters and son here, but he [also] refused."

Eventually, Bohar and Hamo were sold once again. This time, they were sold to a Saudi fighter who was also a high-ranking IS commander named Omar Al-Najde.

Al-Najde forced Bohar to work as his servant along with other Yazidi women, while he forced Hamo to join a jihad training center so that he could be indoctrinated.

After Hamo was subjected to the jihadi training for over four months, he, his mother and the other servant girls reportedly escaped from IS' wrath by fleeing across the Syrian border into Turkey.