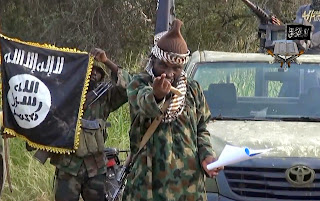 More than 5,000 people have been killed and more than 100,000 people have been displaced in north-eastern Nigeria, according to a Christian charity.
Aid to the Church in Need (ACN) says around 350 churches have been left in ruins in the Maiduguri diocese.
John Pontifex is from the charity, and told Premier that the 'Situation Report on the activities of Boko Haram in the Catholic Diocese of Maiduguri' only focuses on Catholics in the region, "so one can only but imagine what it might be if you are somebody of another community who's also been affected."
He added that four of the diocese's five convents have closed and that: "up to 85% of the diocese was actually under the control of Boko Haram and huge swathes of the land evacuated to all intents and purposes of people - so for example 22 of the 40 parish centres and chaplaincies in that dioceses are in fact deserted.
"And as a result of all the killings... [there are] 7,000 widows and 10,000 orphans, a terrible situation indeed."
ACN has given £33,000 so far to provide food, shelter and medicine for displaced people and also Mass stipends for Maiduguri priests taking refuge in nearby Yola diocese.
John Pontifex went on to speak about the recent Nigerian election.
He said: "The fact that President Goodluck Jonathan was in fact ousted at the elections, is actually a sign of the public's massive discontent at the handling at the highest levels of the Boko Haram threat - which seemed all the while to be growing - with indications that the militant group were in receipt of quiet considerable behind-the-scenes support from groups within the government.
"What's needed now is the build-up of intelligent and other security operations to oust Boko Haram."
--