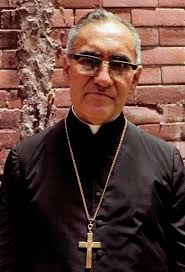 
Since Archbishop Oscar Romero’s martyrdom in a hospital chapel in San Salvador while saying Mass in 1980, his legacy as a courageous pastor who gave his life defending the poor and speaking out for peace in his homeland torn apart by fratricidal violence has been obscured by ideology.

As he will be beatified on May 23, certain myths will undoubtedly resurface in both the secular media and some Catholic publications of a particular ideological hue. However, when we analyze Archbishop Romero’s life and teachings, we find that he was an orthodox bishop who rejected violence and Marxism and who used the Gospels and Catholic social teaching, not liberation theology, as his reference points.

Today’s Latin America is nothing like what it was in the 1970s and 1980s. Recently, tens of millions of Latin Americans have been pulled out of poverty thanks to robust economies, with particular progress being made in Chile, Peru, Colombia and Brazil. In the 1970s and 1980s, however, most of the region was ruled by right-wing military dictatorships, and economic inequality plagued the region.

It was in this milieu that liberation theology, a term coined by Dominican friar and theologian Gustavo Gutierrez, developed. Although Gutierrez was not condemned by the Vatican, many liberation theologians he inspired were. In 1984 and 1986, the Congregation for the Doctrine of the Faith — then headed by Cardinal Joseph Ratzinger, later Pope Benedict XVI — published two instructions on the new theology. The documents praised liberation theology’s fight against socioeconomic injustice. They also, however, condemned certain currents of liberation theology for borrowing Marxist methods of analysis, as Marxism is atheistic and denies the human person and man’s right to property; it embraces class struggle, in which individual sin is rejected in favor of class sin; it accepts terrorist violence to overthrow an unjust economic system; it secularizes concern for the poor and replaces theological notions of charity with atheistic class struggle; and it politicizes the Church.

The life and teaching of Archbishop Romero are perfectly in sync with Cardinal Ratzinger’s view of liberation theology. Oscar Romero was born in rural El Salvador in 1917. A gifted student, he studied in Rome, where he was ordained. In 1974, he was appointed bishop of Santiago de María, and three years later, he became archbishop of San Salvador. He quickly became the Salvadoran campesinos’ spokesman.

In his homilies and pastoral letters and on his radio broadcasts, Archbishop Romero condemned the country’s oligarchy (at the time, El Salvador was ruled by “14 families,” a small class of Salvadoran lords who owned virtually all of the land) and violence (Salvadoran peasants at the time rose up against the feudal regime, demanding ownership of their land; the military responded with brutal repression).

Archbishop Romero excommunicated those who killed priests who were defending the peasants. While saying Mass (dramatically appealing to El Salvador’s government to “stop the repression”) on March 24, 1980, Romero was shot.

Since then, Oscar Romero has become an unofficial patron saint of liberation theology. However, by closely looking at his legacy, we can see that is a caricature. First of all, Romero never read liberation theology. During recent comments, the Salvadoran martyr’s secretary, Msgr. Jesus Delgado, told Catholic News Agency: “When I wrote his life story, I looked over his library. Obviously, the liberation-theology proponents always visited him and left him their books. … I saw them, and they were like brand new; he never even opened them. … On the other hand, all the books of the Fathers of the Church were worn and were the source of his inspiration.” He added that Romero “knew nothing about liberation theology; he did not want to know about it. He adhered faithfully to the Catholic Church and above all to the teachings of the popes.”

His fourth and final letter on the “national crisis” of El Salvador, like Cardinal Ratzinger’s instructions, condemned Marxism’s materialism: “Naturally, if one understands by Marxism a materialistic, atheistic ideology that is taken to explain the whole of human existence and gives a false interpretation of religion, then it is completely untenable by a Christian. … Understood in terms of political strategy, many use Marxism as a guide in the struggle for socio-political power. … Marxist political praxis can give rise to conflicts of conscience about the use of means and of methods not always in conformity with what the Gospel lays down as ethical for Christians.”

In another pastoral letter, Archbishop Romero seemingly foreshadowed Cardinal Ratzinger’s concerns about liberation theology’s politicization of the Church: “[T]he Church’s activity does not take in — as an appropriate method of pursuing her goals — political parties or equivalent groups.” He also wrote: “The Church is not dedicated to any particular ideology as such. She must be prepared to speak out against turning any ideology into an absolute.”

Oscar Romero’s harsh words against social injustice are perfectly in tune with Catholic social teaching. Pope Leo XIII, in his 1891 encyclical Rerum Novarum, wrote: “Every man has by nature the right to possess property as his own.” Similarly, Romero defended the Salvadoran peasants’ right to their own property. In his second letter, Romero wrote: “Although there have been different ways of stating the Church’s concern, it has always been to defend the rights of the individual in the use of material goods so that human beings may live with dignity.”

Much of the media coverage of Romero’s impending beatification has focused on the allegation that previous popes “blocked” his cause until the ascent of “maverick” Pope Francis. This is inaccurate.

In 1997, Pope St. John Paul II himself opened Archbishop Romero’s cause. John Paul prayed at Romero’s tomb twice and called him a “martyr of the Americas” at a ceremony in Rome’s Colosseum in 2000.

Meanwhile, Pope Benedict XVI moved along Romero’s cause. During a 2007 press conference, Benedict XVI explained: “Archbishop Romero was certainly an important witness of the faith, a man of great Christian virtue who worked for peace and against the dictatorship and was assassinated while celebrating Mass.” However, Benedict added that he wanted to examine Romero’s case before making a decision, in order to see if his legacy had become politicized. During a recent press conference, Italian Archbishop Vincenzo Paglia — Romero’s postulator — said that Benedict asked him to “unblock” Romero’s cause in 2012. Thus, we can infer that if Benedict had not abdicated, he would have gladly raised Oscar Romero to the altars.

As May 23 approaches, we can expect a flurry of commentary about how the Vatican was hostile towards Archbishop Romero’s cause until the “enlightened” Francis took over and that Rome has now exonerated liberation theology. We will also likely hear of Archbishop Romero as a “leftist” prelate.

However, these claims are unfounded. They are but myths that have been propagated by Catholics of a certain ideology, who, paradoxically, have dragged out Romero’s cause in time by politicizing and distorting his legacy.