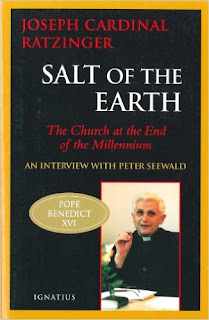 Pope Benedict was universally pilloried by the media for his famous 2006 Regensburg address, in which he commented on the historical relationship between Islam and violence. But now even the mainstream media are finding themselves forced to ask whether Benedict was right, and perhaps even prophetic in his statements.

In that talk, Benedict cited the 14th-century Byzantine emperor Manuel II Paleologus regarding the relationship between religion and violence. “Show me just what Mohammed brought that was new, and there you will find things only evil and inhuman, such as his command to spread by the sword the faith he preached,” the quote read.

Pope Benedict XVI, a scholar who wrote extensively about religious freedom as well as the proper relationship between church and state, always insisted on speaking about religions (plural) rather than religion (singular). He based his reflections not only on a solid philosophical footing, but also on impartial observation of what religions actually propose and the sort of societies they create.

In his 2009 encyclical letter Caritas in Veritate, Benedict made the case that not all religions contribute equally to the development of individuals and societies. Some, in fact, may obstruct it. “Religious freedom does not mean religious indifferentism,” he wrote, “nor does it imply that all religions are equal.”

The Pope noted that certain religions “teach brotherhood and peace and are therefore of enormous importance to integral human development,” yet other traditions “do not fully embrace the principle of love and truth and therefore end up retarding or even obstructing authentic human development.”
Even before becoming pope, Joseph Ratzinger wrote on the differences between religions, noting that “anyone who sees in the religions of the world only reprehensible superstition is wrong” but also “anyone who wants only to give a positive evaluation of all religions… is equally wrong.”

Ratzinger wrote that “The interplay of society, politics, and religion has a completely different structure in Islam” than it does in the West. He went on to say that much of today’s discussion in the West regarding Islam “presupposes that all religions have basically the same structure, that they all fit into a democratic system with its regulations and the possibilities provided by these regulations.”
Yet this is not consistent with the facts, he continued, but rather, it “contradicts the essence of Islam, which simply does not have the separation of the political and the religious sphere that Christianity has had from the beginning.”

This underlying difference in understanding goes well beyond political or social theory regarding the nature of the state. It touches virtually every aspect of human existence.

Ratzinger continued: “Islam has a total organization of life that is completely different from ours; it embraces simply everything. There is a very marked subordination of woman to man; there is a very tightly knit criminal law, indeed, a law regulating all areas of life, that is opposed to our modern ideas about society.”

The conclusion he reached was remarkably severe. He warned that we must have a clear understanding that Islam “is not simply a denomination that can be included in the free realm of a pluralistic society.”

This is a sober message, but one that needs to be heard whether we like it or not. 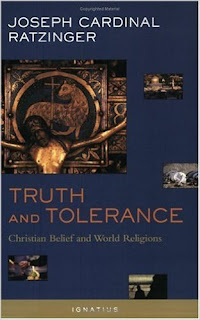 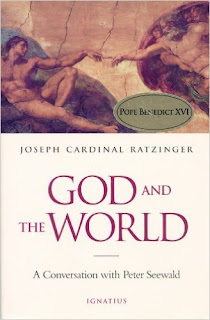