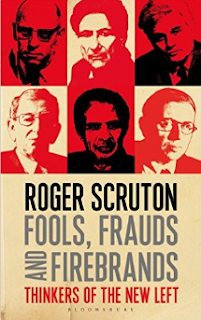 Pope Francis: “Two things come to mind. Jesus came to the world homeless, and made Himself poor. Then, the Church wishes to embrace all and to say that it is a right to have a roof over your head. In popular movements they work according to the three Spanish 't's: trabajo (work), techo (casa) and tierra (earth). The Church teaches that every person has a right to all three”.

The Pope is interviewed by the newspaper Straatnieuws: “The Church teaches that everyone has the right to work, a home and the earth”

Vatican City, 6 November 2015 (VIS) – The Dutch newspaper “Straatnieuws”, published by the homeless, today published an interview granted by Pope Francis on 27 October. The article is also present in other dailies of the same type associated with the International Network of Street Papers (INSP), which has 113 members. This type of publication is sold directly by the homeless, thus providing them with a source of income.

The following are extensive extracts from the interview, especially with the theme of poverty.

Interviewer: What is the Church's message for the homeless? What does Christian solidarity mean for them in practice?

Pope Francis: “Two things come to mind. Jesus came to the world homeless, and made Himself poor. Then, the Church wishes to embrace all and to say that it is a right to have a roof over your head. In popular movements they work according to the three Spanish 't's: trabajo (work), techo (casa) and tierra (earth). The Church teaches that every person has a right to all three”.

Interviewer: You often ask for attention to the poor and refugees. Do you not fear that in this way a sort of weariness in relation to this theme may be generated in the mass media or in society in general?

Pope Francis: “When we return to a theme that is not pleasant, because it is disagreeable to talk about it, we are all tempted to say. 'That's enough, I am tired of this'. I feel that this weariness exists, but I am not afraid of it. I must continue to speak the truth and say how these things are”.

Interviewer: Are you not afraid that your defence of solidarity and assistance for the homeless and other poor people may be exploited politically? How should the Church speak in order to be influential and at the same time remain external to political affiliations?

Pope Francis: “There are roads that lead to errors in this regard. I would like to underline two temptations. The Church must speak truthfully and also by her witness: the witness of poverty. If a believer speaks about poverty or the homeless and lives like a pharaoh, this is not good. This is the first temptation.

“The second temptation is to make agreements with governments. Agreements can be made but they must be clear and transparent. For example, we manage this building, but the accounts are all audited, in order to avoid corruption, as there is always the temptation to corruption in public life, both political and religious. … Once I asked a question to a minister in Argentina, an honest man – one who left his post because he could not reconcile himself with various obscure aspects. I asked him: when you give assistance in the form of meals, clothing or money to the poor and needy, what percentage of what you send arrives? And he answered, 35 per cent. That means that 65 per cent is lost. It is corruption: a cut for me, another cut for you”.

Interviewer: Your namesake St. Francis chose radical poverty and even sold his evangeliarium. As the Pope, and bishop of Rome, do you ever feel under pressure to sell the Church's treasures?

Pope Francis: “This is an easy question. They are not the treasures of the Church, they are treasures of humanity. For example, if tomorrow I decide to put Michelangelo's Pieta up for auction, I cannot do this, since it is not the property of the Church. It is kept in a church but it belongs to humanity. This is true of all the treasures of the Church. But we have started to sell gifts and other things that are given to me, and the proceeds from sales go to Msgr. Krajewski, who is my almoner. Then there is the lottery. There were cars that have all been sold or given away with a lottery and the proceeds are used for the poor. There are things that can be sold, and we sell these”.

Interviewer: Are you aware that the wealth of the Church can give rise to this type of expectation?

Pope Francis: “Yes, if we make a catalogue of the assets of the Church, it seems that the Church is very rich. But when the Concordat was made with Italy in 1929 on the Roman Question, the Italian government at the time offered to the Church a large park in Rome. And the then Pope Pius XI said no, I would like just half a square kilometre to guarantee the Church's independence. This principle still stands.

“Yes, the real estate of the Church is considerable, but we use it to maintain the structures of the Church and to maintain many works that are carried out in countries in need: hospitals and schools. Yesterday, for example, I asked for 50,000 euros to be sent to Congo to build three schools in poor villages, as education is important for children. They went to the competent administration, I made the request, and the money was sent”.

Interviewer: Holy Father, is it possible to imagine a world without the poor?

Pope Francis: “I would like a world without the poor. We must fight for this. But I am a believer and I know that sin is always within us. And there is always human greed, the lack of solidarity, the selfishness that creates poverty. Therefore, would seem difficult to me to imagine a world without the poor. If you think about children exploited for slave labour, or sexually abused children. And another form of exploitation: children killed for the trafficking of organs. Killing children to remove their organs is greed. Therefore, I do not know if we will be able to make a world without poverty, because sin is always there and leads to selfishness. But we must always fight, always ...”.