Vídeo: A Força do Estado Islâmico 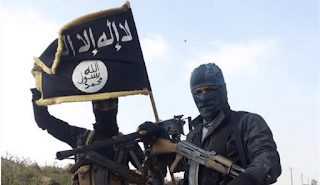 Bombing alone will not stop ISIS

Should the British government join with the French and others in bombing ISIS in Syria? This is the question that may soon be put to a parliamentary vote, and the outcome seems at present difficult to predict. Certain parties are firmly against, such as the SNP and the Liberal Democrats; both Labour and the Conservatives are split.

To bomb or not to bomb, to go to war or not to go to war, is clearly a moral question. Matthew D’Ancona, writing in the Guardian, has this to say: “This is emphatically not a war of pre-emption, but a war of self-defence that would not have troubled Augustine or Aquinas.” His article makes a convincing argument that Syria is not a rerun of Iraq, and that we have to lay the ghost of Iraq to rest, if we are ever to make any hard decisions about the Middle East again.

I agree with Mr D’Ancona’s statement, as far as it goes. It is clear that ISIS is an aggressor and needs to be dealt with through lethal force. What is less clear is another condition of a just war: have we any real hope that intervention will result in victory? Will bombing ISIS in Syria actually make any difference?
We already know the answer to that, or at least should do. We have been bombing ISIS in Iraq for some time now, and it does not seem to have had any decisive effect. ISIS is still in charge of Mosul, a city of two and a half million inhabitants. Moreover, everyone knows that bombing alone is unlikely to dislodge ISIS from the territory it holds; that can only be done by troops on the ground. Hence the importance in the discussion of the 70,000 rebels in Syria who are supposedly ready to take on ISIS.

It is at this point that we really do go back to the experience of the Iraq war. Remember the 45 minutes claim? The weapons of mass destruction? Given that that intelligence turned out not to be true, how can we be so sure about these 70,000 men? Or are they, as David Davis put it here, a “phantom army”?

This of course alerts us to one of the key difficulties about moral decision-making. We cannot know fully the consequences of our actions, and we often cannot know the facts that we ought to know in order to make a fully informed decision. Bombing Syria is something of a shot in the dark. If that is the case, we need to pay attention to what the history of Catholic casuistry has to say: in cases where human life is in question – and bombing anyone certainly counts as such a case – one should always take the safer option, and avoid risks. (This is known as the doctrine of tutiorism.)
David Cameron knows he has to make the case for bombing ISIS in Syria.

My view, for what it is worth, is that bombing does not go far enough. Syria has been bombed enough. What we need is a proper army to overwhelm ISIS: until we find one, the case for bombing seems weak.