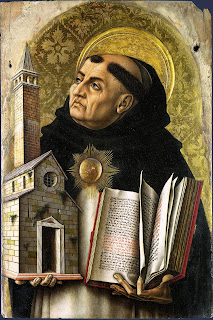 
Is a Thomism friendly to the gay lifestyle the wave of the future? Is it the next phase in a scholarly, sophisticated kind of theology? Such is the impression given by the medieval scholar Adriano Oliva in his new book Amours, published in French and Italian. The work targets a broad audience. Among other things, the Italian Dominican calls for a revolution in the Church’s pastoral practice among the divorced and civilly remarried as well as sexually active homosexual persons. Many of Oliva’s claims are rooted in a new interpretation of Thomas Aquinas. The book has already caused significant scandal. In what follows, five Dominicans (three from the Angelicum in Rome and two from the Dominican House of Studies in Washington, D.C.), respond to Oliva’s misreading of the Angelic Doctor. We will consider four major misinterpretations and misuses of Aquinas. We begin with Oliva’s treatment of marriage, which leads straight to his version of what one critic has dubbed “Gay Thomism.” All references will be taken from the French edition.

The First Misreading: Separating the Bond of Marriage From the Good of Children
Oliva separates the two essential parts of marriage that Aquinas firmly holds together. Aquinas notes that matrimony comes about through the consent of the couple. This happens in the wedding ceremony. For Aquinas, the bond of matrimony has a two-fold purpose: 1) the pro-creation and raising of children, and 2) the couple’s growth in love and mutual support through their life together. Yet Oliva claims that, for Aquinas, pro-creation is not part of the “essence of marriage” (Amours, 20). As the book’s conclusion shows, Oliva holds that Aquinas can help us to think of marriage in complete abstraction from pro-creation and the good of children. Oliva states: “for the heterosexual couple, each person is called to transcend him or herself in love of the other, and this not through openness to pro-creation, which is not part of the essence of marriage, but through indissoluble love for one’s spouse.”
None of this is found in Aquinas. Instead, the Angelic Doctor insists that “the good of children is the principal end of marriage” (Commentary on the Sentences, book 4, distinction 33, question 1, article 2, corpus). Nowhere does Aquinas say that the good of children is optional for marriage. Where Aquinas unites the couple’s mutual love and their care for their children, Oliva divides.

The Second Misreading: The Church Can Formally Allow Some Extra-Marital Sexual Acts
Oliva insists on separating marriage from children. Predictably, the pastoral consequences of this claim are far-reaching. He proposes that the Councils of Trent and Vatican II continue Aquinas’s teaching on marriage (that is, Thomas as read by Oliva). He concludes that, since “sexual union is not part of the essence of marriage, as the Catechism of the Council of Trent and Vatican II teach, consequently, the exercise of the sexual act between divorced and [civilly] remarried couples does not harm the existing sacramental bond.” Therefore, the Church can use the power of the keys to dispense such couples from the obligation to live perfect continence.
Oliva’s astounding claim has nothing to do with Aquinas, the Catechism of Trent or Vatican II. Rather, it follows straight from his misinterpretation of Aquinas on marriage, a misreading that continues in his use of various magisterial texts. He even appeals to Paul VI’s encyclical Humanae Vitae (paragraphs 8-10) to argue that the exercise of sexuality by a legitimately married couple is separated from the necessity to pro-create. In other words, Pope Paul VI teaches that sex need not have anything to do with babies. We find this claim to be simply outrageous. A student’s paper that contained such a conclusion would earn a failing grade at any theology faculty worth its salt.

The Third Misreading: Divorced & Remarried Couples Do Not Sin When They Fail in Continence
Oliva appeals to a classic moral doctrine promoted by Aquinas and many other saintly theologians, namely, that the circumstances impact the guilt attached to a sinful act. Oliva wonders whether divorced and remarried couples who commit to a life of continence still bear the guilt of sin when they fail. His answer is very simple: not at all. In general, such couples commit either a venial sin, or even no sin at all, he thinks.
It is obvious that the act in question concerns grave matter, namely, engaging in the marital act with a person who is not one’s spouse. Oliva does not explain why the circumstances eliminate such guilt. The reader seems to be encouraged to make an act of faith in the author, since no clear arguments are given. Such a proposal evidently renders any effort to promote continence among the divorced and civilly remarried useless. Oliva’s work is pastorally irresponsible.

The Fourth Misreading: Homosexual Acts Can Be Natural & Wholesome
Oliva’s most daring “Thomistic” proposal is this: homosexual intercourse can be ethically good. His entire argument basically rests on his separation of marriage from babies (noted above) and a misinterpretation of a single text in Aquinas’s Summa Theologiae.
The passage in question (I-II, question 31, article 7) considers pleasure from a metaphysical perspective. Thomas takes up the question because he wants to explain how someone can take pleasure in something that, properly speaking, is contrary to the person's nature. He explains that some delights are especially tied to the body: food, sleep, etc. Such things are good for all animals, and not just human beings. Other delights find their origin in the soul, that is, they are not found among most animals, or even among none, except us. Next, it can happen that what is unnatural for human beings in general can turn out to be somewhat “natural” for certain individuals, because their nature has been altered. For example, some sick persons enjoy eating earth. This is not really natural for them, Aquinas explains, but is more properly understood as a corruption of their nature. What is unnatural for most (eating earth) becomes “natural” for them, but only in a qualified way.

Aquinas then states that, due to bad “customs” or habits, some men eventually find delight in eating human beings, or in sexual union with animals or other men (coitu bestiarum aut masculorum). So for some people, cannibalism, bestiality, or homosexual intercourse can become pleasurable as quasi-natural, because past sinful acts distort their nature.

Oliva celebrates this text. He thinks it shows that homosexual acts are natural for homosexual persons. And what is natural must be good! Also, for Oliva, Aquinas places the origin of the inclination for gay sex in the soul of the homosexual person. That is, this inclination comes from the most intimate part of his being, and it moves all the way to sexual union. Oliva concludes that we can distinguish between gay sex sought simply for physical pleasure, and the tender gay sex that comes from the homosexual person’s most intimate self. Indeed, homosexual persons are called to live out the inclination which is natural for them, namely, in fidelity to another person of the same sex, and enjoying sexual acts not primarily for pleasure but as expressions of love. The Church should bless such unions.

Now if, as Oliva proposes, Thomas means that the homosexual inclination comes from the most intimate part of the person’s soul, then the same reading must apply to Aquinas’s mention of cannibalism and bestiality. Yet this is clearly absurd. Aquinas cannot mean that cannibals and practitioners of bestiality are following the inclinations of their most intimate selves. That is precisely why Thomas mentions custom. Why do all three vices come from the soul? Because they are especially found among human beings. Cows don’t eat cows. Thomas thinks that most animals do not practice the three mentioned vices. Olivia's claim that, for Thomas, some persons are born with a homosexual soul, is outrageous as a matter of textual interpretation. It would mean that, for Aquinas, others are born with cannibalistic souls, and others with souls geared to practice bestiality.
Here, we do not want our readers to misunderstand what we are saying. All human beings, irrespective of their sexual inclinations or “orientation,” have an intrinsic dignity, are loved by God, are offered God's mercy and grace, and can lead lives of holiness. (We mention cannibalism, bestiality, and homosexual acts together only because Oliva's argument does. Nor do we hold that these three are morally equivalent. Neither does Aquinas, who thinks that they are of different moral species. But Thomas groups them together here to show that each is contrary to nature and yet is sometimes sought out by certain individuals.) The issue at hand is strictly the moral evaluation of homosexual actions. “Homosexual persons,” in contrast, “are called to chastity. By the virtues of self-mastery that teach them inner freedom, at times by the support of disinterested friendship, by prayer and sacramental grace, they can and should gradually and resolutely approach Christian perfection.”

Conclusion
Overall, we find Oliva’s reading of Aquinas not only objectionable but irresponsible. The most basic principles for interpreting texts are not respected. Furthermore, the popular genre of the book has the potential to create major confusion among the Catholic faithful. For this reason, we sense a strong moral obligation to respond to Oliva’s claims.