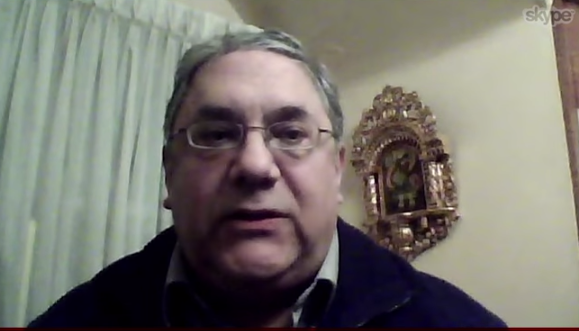 Father Tom Rosica: Are you calling Cardinal Burke, a "dissenter?"

Father Tom Rosica is a spokesman for the Vatican. One would presume that someone in such an important and sensitive and influential position would be prudent with his personal opinions and the use of social media. It leaves one to ask an honest question; Is this his own opinion? Is it that of Father Lombardi's and the Office of Social Communication? Is it the Holy Father's? Or is it an attempt to smear and obfuscate the truth. I've written elsewhere that the tactics of Saul Alinsky are not unknown to this cleric.

In the post one below, I wrote that if one sends a "Re-Tweet" it would imply that one would agree with the original.

Cardinal Wuerl is interviewed by Andrea Tornielli in Vatican Insider. While Wuerl does not single out Cardinal Burke directly he does allude to "an interview" and "an article." It seems to have left no doubt in Tornielli; mind since he lead with a headline linking Cardinal Burke within "dissenters." This no doubt refers to a recent interview with Cardinal Burke where he stated that he would "resist" hypothetically an attempt by the pope to change the law on Holy Communion for the divorced and remarried without an annulment.

How disingenuous is it of Cardinal Wuerl to suggest that Cardinal Burke is a dissenter, which would include your writer and probably you as well. There was a time when the word meant someone that dissented from the truth of the faith. Now it seems to mean that it is someone who upholds it.

It seems to it is time for Father Lombardi to make a decision as to whether this Vatican employee needs to be either reigned in on social media or sent packing to preside over the winding down of Salt + Light.

Nota Bene: My colleague Barona at Toronto Catholic Witness and I are resolute. We will not fail in our countering of the assault on the faith and tradition that these men continue to undertake against Holy Mother Church and the Catholic faithful.

Make no mistake Wuerl, Marx, Madriaga, Kasper and Rosica, we will not rest.

Please pray for us.