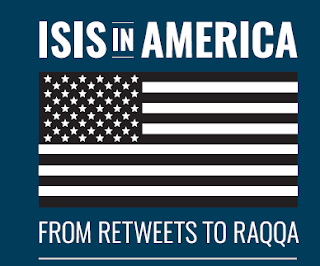 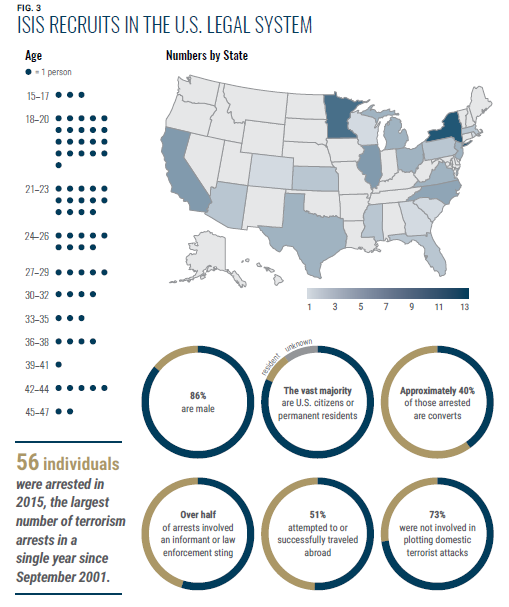 
ISIS sympathizers using social media to recruit new militants are in Alabama and every state, according to a new report that looks at terrorist infiltration in the U.S.

George Washington University's Program on Extremism developed the report to determine how militants are using social media – especially Twitter – to foster sympathy and recruit new members. The study identified as many as 300 American or U.S.-based ISIS sympathizers who are using social media to connect and disseminate information.

The ISIS sympathizers are located in every state, the report shows. Their preferred social media is an ever-changing array of Twitter accounts, though they also use Facebook, Google+ and Tumblr, as well as messaging services and the dark web.

"The spectrum of U.S.-based sympathizers actual involvement with ISIS varies significantly, ranging from those who are merely inspired by its message to those few who reached mid-level leadership positions within the group," the study's authors, Lorenzo Vidino and Seamus Hughes wrote.

...
The latest report looks at social media accounts and legal cases against ISIS recruits. Based on the cases currently within the justice system, New York and Minnesota are the states with the most activity; other hot spots are California, Illinois and North Carolina. Texas, Ohio and Mississippi all report an increased level of activity. Alabama is on the low end of the spectrum, with no reported legal cases involving ISIS sympathizers.

...
So far this year, U.S. authorities have arrested almost 70 people for supporting or plotting with ISIS. That's the largest number of terrorism-related arrests in the county in a single year since September 2001. Social media is a big part of that communications, the researchers said.

"While some seek to join the self-declared caliphate in ISIS-controlled territory, others plan attacks within the U.S.," Vidino said. "It's a growing and disturbing phenomenon."