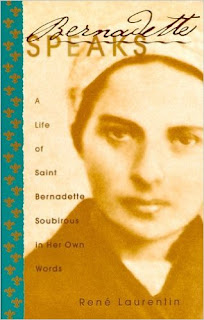 
What Do Saints Fear?

Msgr. Charles Pope • December 27, 2015 • 15 Comments
he average person may worry about any number of things: finances; security; strife in the family, community, nation, or world; health; the status of a relationship; how he is perceived by others. These tend to be the sorts of things that cause concern.
What do saints worry about? To provide an answer, let’s consider the words of one of our canonized saints. First, here is the context within which the saint spoke.
Napoleon III had surrendered to the Prussians, bringing on the disaster. The Mother General put the sisters at the disposition of the Ministry of War. A field hospital was installed [at the convent for the retreating and battered troops] … Military uniforms mingled with the black and white silhouettes in the courtyard and corridors of the Motherhouse … the sick and the wounded were [all about] the convent. Twenty-five novices were sent to communities in the south and the postulants were sent home to their families. The Prussians were coming and all the area was on alert … Cannons were installed on the inner terrace of the motherhouse and in the novitiate gardens … On the night of October 24, 1870 … a strange phenomenon appeared in the sky. The horizon was all ablaze … you might have thought it was a sea of blood … [but it was] an aurora borealis … a very impressive display … The Prussians were at the borders.
[And here is the question posed to our saint, who was considered by many to be a visionary]:
“The Prussians are at our gates. Don’t they inspire you with terror?”
“No.”
“So there is nothing to fear then?”
“I fear only bad Catholics.”
“Do you fear nothing else?”
“No, nothing.”
[Bernadette Speaks. A Life of St. Bernadette Soubirous in Her Own Words, by Fr. Rene Larentin, Pauline Books, pp. 415-416].
Yes, these are the words of St. Bernadette, the visionary of Lourdes. In the midst of great travail, she could only identify the fear of bad Catholics.
Really? You don’t fear the enemy troops at the door? The loss of life, limb, or livelihood? The loss of land or political power? All the innumerable sufferings that are sure to come? You only fear bad Catholics?
Such is the likely response to St. Bernadette’s terse, succinct reply that she fears only bad Catholics. To the worldly minded, the fear of losing life, limb, or livelihood would far outrank some fear as to whether or not Catholics were attending Mass, saying prayers, or “fumbling beads.” To them, a reply like this sounds almost insensitive.
But to the spiritually minded, bad Catholics are something to fear, indeed something more to fear than even suffering and death. Bad Catholics are at extreme risk of losing their eternal salvation. Further, due to their poor example, others are also put at serious risk.
There is nothing more important than our eternal salvation—nothing. Life, limb, livelihood, and keeping body and soul together are nice; but they are temporary things and we are not to love them more than our eternal life. Indeed, we should gladly cast them aside if necessary and leave this vale of tears, this exile, and go home to live with God.
Bad Catholics risk both their own salvation and that of others. Bad Catholics prefer the world and its values to that of Christ and His Kingdom. They will not endure suffering, inconvenience or any difficulty for the Kingdom of God. They will not accept corrections to their worldview, politics, or mindset based on the Faith. They are misled and they mislead others. The truth of the Gospel is not their light or compass; it does not provide their marching orders. They will do whatever is expedient to achieve their worldly goals. The cross is not for them. Rather, pleasure, popularity, and possessions are their focus. As St. Paul says, For many walk, of whom I often told you, and now tell you even weeping, that they are enemies of the cross of Christ, whose end is destruction, whose god is their appetite, and whose glory is in their shame, who set their minds on earthly things (Phil 3:18-19).
To some degree, we all suffer the tendency to be bad Catholics. We all sin, fall short, and have some bad priorities. But today there are increasing numbers of bad Catholics who are stubbornly unrepentant about this, instead insisting that the Church and Scriptures should be changed. This is a lamentable and fearful situation both for them and for those they influence.
St. Bernadette was not naïve as she looked to the horizon and saw the looming threat. There is indeed a strong, direct connection between bad faith and war. At the time of St. Bernadette, Catholics and Christians in Europe had been killing each other for centuries. War is but the cumulative effect of sin, the collective rejection of God’s commandments and of the call to love God, our neighbor, and our enemy. At times, wars of defense have been and are sadly necessary. But wars among Christians are an especially poignant reminder of the failure to live the faith on innumerable levels.
Whatever the outcome of wars; regardless of who wins conflicts between passing, earthly kingdoms; the battle for eternal salvation through repentance and faith is far more important. It is the true priority of the saints.
What do the saints fear? Bad Catholics. Really? Nothing else? No, nothing.