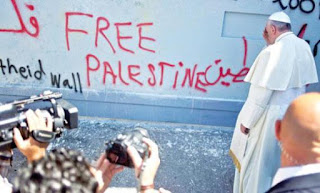 When It Comes To Gay Unions, Bergoglio Doesn’t Say No

ROME, January 15, 2016 – Jorge Mario Bergoglio likes his crowds festive and prayerful, never politically aggressive.
In Buenos Aires, in 2010, he sent back home the Catholics who had gathered in front of parliament for a prayer vigil against the imminent approval of homosexual marriage. He persuaded them to “avoid the impasse.”
Of course, in that law Bergoglio saw in action nothing less than “the father of lies who has the presumption to confound and deceive the children of God,” but in public he did not say a word. He only released a letter that he had written to cloistered Carmelite nuns, in which he blamed the devil and asked for prayers.
Today as well, now that a law on homosexual unions is on the way in Italy, Pope Francis is not swerving from this stance.
He has thundered against “the new ideological colonialisms that seek to destroy the family” and against “that error of the human mind which is gender theory.” But he did so while he was on his way to Manila and to Naples, both times out of context, never in the heat of political combat.
Last June, at the announcement of a “Family Day” in Rome against the legalization of homosexual unions, secretary of the Italian episcopal conference Nunzio Galantino, the pope’s go-between with the bishops, did everything he could to make it a stillbirth. And when the demonstration went ahead anyway and saw massive public attendance, Pope Francis was careful not to give it his public blessing.
The faithful may indeed act in the field of politics, the pope said the following November to a gathering of Italian Church leaders in Florence, but they can forget about having "bishop-pilots.”
The “Family Day” of 2007, the one that stopped the approval of de facto unions, was in effect organized by the CEI. But even among those who participated in it there are some who take Bergoglio’s new stance, and no longer refer to it as a success but as a “failure” not to be repeated: the words of Cardinal Gualtiero Bassetti and of the new president of the Catholic Family Forum, Gianluigi De Palo.
*
Easygoing and viewed favorably by secular opinion when it comes to the new laws on homosexual unions, Pope Francis instead takes a more dissonant stance on other crucial geopolitical questions: from immigration to poverty to Islamic radicalism.
On immigration flows, for the pope it all boils down to a single word: “acceptance,” and to the consequent disapproval of all those who do not conform to it.
Francis carefully avoids calling the reproved by name, including states and public institutions. In Lampedusa, on the small island where he made his first journey as pope, he raised a vague cry: “Shame!” But if one looks at what the rulers are saying and doing in Europe and in the world, the distance between them and the pope appears to be measureless.
“Acceptance is needed, but rigor is also needed,” said Italian president Sergio Mattarella, a Catholic and a leftist, in his year-end message to the nation. “Common rules are needed to distinguish those fleeing from wars or persecutions, who therefore have a right to asylum, and other migrants who must instead be repatriated.” They are words that Francis would not endorse.
As for poverty, the solution that the pope systematically invokes is that of giving land, homes, jobs to all men. But the political scientist Angelo Panebianco is right when he objects that “there is in Francis the idea that all the resources are already available and that their scarcity, rather than an objective barrier, is instead the effect of a conspiracy of the dominant classes at the expense of the planet’s poor.”
Last July 12, questioned point-blank by a German journalist on the flight back from Paraguay, Francis admitted the “mistake” of overlooking the middle class in his analyses, but he added that this “is becoming smaller and smaller,” crushed as it is by the increase in inequality between rich and poor. Evidently it escaped the pope that the numbers say the opposite, starting with the giants India and China.
And as for radical Islamism, it is astonishing that Francis should say this is the offspring of Western aggression and poverty, “structural” in the Marxist sense, instead of that of a native religious choice, of an interpretation of the Quran firmly rooted in it. Here as well the pope’s political narrative appears detached from reality. And as a result ineffective.