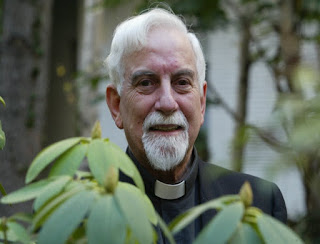 
Father Samir: Egypt’s Palm Sunday Terror Reflects a Sickness Within Islam
The Egyptian priest, who is an authority on Islam, discusses the factors driving the murderous attacks on Christians and what he hopes the Pope will say when he visits Egypt this month.
VATICAN CITY — Oil money, Wahhabi extremism and an Islam unwilling to reform itself are the principal reasons for the terrorist attacks on two Egyptian churches on Palm Sunday and the rise of Islamism over the past 100 years.
This is according to Jesuit Father Samir Khalil Samir, professor of Islamic studies at the Pontifical Oriental Institute in Rome, who says it is false when people say such attacks have nothing to do with Islam. “ISIS is not doing anything which is neither in the Quran nor in the Mohammedan tradition,” he says.
In this April 10 interview with the Register, Father Samir — who is Egyptian himself — discusses the main motivations behind Islamic violence, why it’s important to say exactly how things are within Islam and help reform it, and his hopes for Pope Francis’ April 28-29 visit to Egypt.

What are the primary causes of these attacks? What’s behind them? Is it primarily to do with Islam, politics or something else?
For a year or more, the Muslim Brotherhood were attacking regularly during the presidency of Mohamed Morsi (2012-2013); they were attacking Christians, for any reason. For instance, they alleged a Christian who was building a house for his two children was in fact not building a house, but a church, so they are trying to make problems for the Christians. This happens regularly, but it became much more intense.
Now this time, what we hear from Egypt is that ISIS is saying they are behind these attacks, but there’s also support from the Muslim Brotherhood because they were ejected from the political system. The feeling is that the attacks against Christians in Egypt are becoming more frequent and violent. This has never happened before, that they attack so many churches and precisely on such a great Christian feast. The last ones took place before Christmas, and now these two attacks during Holy Week. The intent is probably to attack the president indirectly, through the Christians, to say he’s not able to govern or control the situation. In north Sinai, they attacked Christians and so the government moved them. Now they’ve come back under the protection of the army. In the past month, we’ve had three big attacks, and four months ago we had the attack near the Coptic cathedral.

Is attacking Christians, therefore, really about attracting negative attention against the government more than it is against Christians per se?
It’s both because they attack Christians without reason, in different situations — this year, last year and so on. Christians and Jews are their enemies, but there are no more Jews in Egypt. Christians are 10% of the population, 9 million people. So this Islamic movement, for six years now, has simply wanted to create a new caliphate, by all means possible, because there’s a great crisis within the Islamic world, and the crisis is turning into violence.

What is precipitating this crisis?
In Islam they are not prepared nor able to renew themselves, as [Egypt’s] President [Abdel Fattah Saeed Hussein Khalil] el-Sisi said in December 2014 when he took power. He spoke to Al-Azhar University and gave a beautiful speech, in which he said we need to make a revolution in Islam, to rethink the whole system. The scholars all applauded, said, “Yes, Yes,” but they haven’t changed anything in the teaching. Many intellectuals on Egyptian television came and developed this argument and said Al-Azhar is unable to make the reform we need. Nothing has changed.

Are you of the view that Islamism is the true Islam?
ISIS is the application of what is taught. It’s not outside Islam, or something invented. No, they are applying Islam. When we hear it has nothing to do with Islam — that it means salaam; that it means peace — this is all false. It’s not true. ISIS is not doing anything which is neither in the Quran nor in the Mohammedan tradition. Everything is taken after a decision taken by an imam. A mufti and imam will say this is or is not allowed.
This isn’t just a problem in Egypt, but Egypt represents the greatest and strongest country, and also where you have the most important school of Islamic learning — just as we have Rome for the Catholic Church, Islam has Al-Azhar University.

Given this fact, what do you think about the Pope’s visit to Cairo? Should he say this hard truth about Islam, but in a diplomatic way?
Yes. He should certainly be very diplomatic. He wants to be more than diplomatic, to foster good relations with them, this is sure. He is avoiding hard words. He never said Islam is also a religion of violence — he said the opposite. He said there’s no violence in religion and so on, because this is his aim: to help Muslims, who are the second-most important group in the world, to have a dialogue and understanding.

Is that an acceptable way of approaching the issue, in your view?
Well, it’s not my way. I think it’s important to say things with charity, with friendship, but to say things as they are: that it cannot continue like this; we have to rethink Islam. This is my vision. They cannot take the texts of the seventh century literally as they are in the Quran. He [the Pope] does not dare to say something like that because he doesn’t know the Quran well enough, and so on. So I understand his position, but it would be better to have a clearer and more frank discussion — with openness, but also with some realism.

The Pope called for the hearts of the terrorists to be converted and for the conversion of the hearts of those who traffic weapons. Is that a fair point, or is that not going to the root cause?
Certainly, in Egypt everyone says the whole structure of ISIS is something elaborated by Saudi Arabia and Qatar, the Wahhabi countries, against the Shia. It’s also my opinion. What does ISIS mean? It’s “Islamic State for Iraq and Syria.” This is the name they have chosen, taken from the Arabic Daesh, which means exactly that.
Now why Iraq and Syria? Because in Iraq we have a Shia government after the death of Saddam Hussein. The U.S.A. organized the country like that; they said the Shia are a small majority so the government should be led by Shia, with Sunni. In Syria the government is Alawite, which is a branch of Shia, although they are at most 15% of the population. This has been the case for 50 years now, with the father, Hafez al-Assad, and now his son, Bashar al-Assad. So the Sunni — who are 70%-75% — organized the protest against the government because they want to take power.
The question is religious, too, and supported by the rich countries of Arabia. And the rich buy the weapons from the U.S. principally, but also England, France, Italy and Germany to a smaller degree. So there is in fact an international war going on, but it is not clear. It seems to be they’re using this revolutionary Islamic State, which was partly formed by the U.S., from Iraq, after the occupation of Iraq, after the death of Saddam Hussein, because the U.S. formed a group of well-trained military. The so-called caliph, Abū Bakr al-Baghdadi, was one of these people trained by the U.S.
So all the conditions were there, but no one was thinking it would be so savage, that it would be absolutely inhuman. They killed and tortured people; they took women and people as slaves and turned children into bombs.

This was unprecedented?
We had never seen something like that, so the reaction of official Islam is that this has nothing to do with Islam, but this is in fact a lie. It has 100% to do with Islam, with chosen texts from the Quran and sharia [Islamic law]. They’re not doing anything against Islamic law.

How much is Islamism primarily due to Islam rather than, perhaps, Arab culture? Why, for instance, does Islamism appear much less prominent in Indonesia, the world’s largest Muslim country, than in the Middle East?
Everything comes from the Middle East in Islam, this is sure, but, unfortunately, even in Indonesia, where there are 220 million people, they are now no longer as they were 15 years ago. There was a Protestant who was elected to parliament, and they wanted to put him in prison simply because he said something against Muhammad. This was once unthinkable in Indonesia.
Then you have Pakistan and Bangladesh, which are much worse than what we see in the Arab world. The propaganda coming from the Wahhabi countries is organized to go everywhere — to Asia and Africa. You have Boko Haram [in Nigeria] and others in Sudan. This is the general movement of this Wahhabi thinking and for the imams. It’s organized by Al-Azhar, whether they want it to be or not.

Do you think Al-Azhar is also partly responsible for Islamism?
I don’t think Al-Azhar has wanted to create something like that, but the teaching they are giving, as a consequence, is a radical Islam. President el-Sisi some weeks ago proposed that, from now on, a man is not allowed to say to his wife: “You are repudiated” (I divorce you). The repudiation by words, as it is practiced today, means you just had to say three times you are repudiated in the presence of two Muslim men. He said no, from now on, all should go through a tribunal, but Al-Azhar refused with the argument that this was already in force in the time of Muhammad and we cannot touch it.
So the conflict is within Islam, and the solution is within Islam. We have to reform Islam and our understanding of Islam.