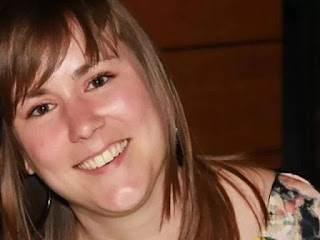 A Belgian psychologist and mother to an 18-month-old son, who worked with asylum seekers facing deportation, has been named as the first victim of last week’s terror attack in Stockholm.

Maïlys Dereymaeker, 31, had been waiting for friends on Friday afternoon when failed asylum seeker Rakhmat Akhmat Akilov ploughed a truck into crowds in what is thought to be an Islamic State-inspired terrorist attack.
A keen musician from the small town of Lembeek near Brussels, Belgium, Dereymaeker was the first to be hit by the vehicle and died instantly at the scene, local media reports.
The mother-of-one was “very committed to helping asylum seekers” according to daily newspaper La Dernière Heure. A former psychologist, working in detention centres for Belgium’s Immigration Office, Dereymaeker often helped illegal immigrants like her alleged killer whose asylum claim was rejected in Sweden last year.
Belgium’s Het Nieuwsblad reports that Dereymaeker was “always seeking meetings” with illegal migrants in detention, stating a desire to understand them better and to “build bridges”.
“It’s difficult for me to talk about her death,” a friend told local media. “She played the flute and taught music to children.”
Members of the orchestra were distraught at the news of her death, describing the 31-year-old as “really positive about life” and telling media that she was “always smiling”.
Police chief Erik Nord called for Sweden to deport migrants who vocalise support for “violent extremism” when it emerged that the perpetrator of the deadly truck attack had posted Islamic State propaganda on Facebook and ‘liked’ pictures of casualties after the terrorist attack on the Boston Marathon in 2013.
But Justice Minister Morgan Johansson slapped down the suggestion and demanded the police chief “explain himself”.
Defending the right of extremists to stay in Sweden, the Social Democratic party politician pointed to the nation’s “freedom of speech”, but added that this doesn’t include “hate speech”.
Johansson also warned that migrants could risk “persecution” in their homelands, if they were deported.