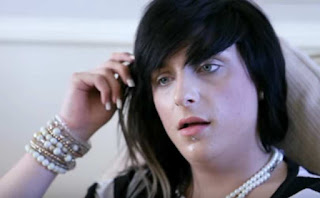 Man undergoing third sex change: ‘I hope I will finally be happy’

GREAT BRITAIN, August 7, 2017 (LifeSiteNews) – Brad "Ria" Cooper, who was the UK's youngest "sex change" patient at 15, announced he is undergoing his third "sex change" operation, this time to make himself more like a woman again.
Shortly after his 18th birthday, Cooper "transitioned" back to his biological gender and lived as a "gay man."
"But five years in Ria is more certain than ever that is not the real her – and is making her second attempt at becoming a woman to have the future she always dreamed of," The Mirror reported.
De-transitioning back to a man "made me even more unhappy," Cooper said. "Now I’m going to be me – and I hope I will finally be happy."
Cooper told the UK show This Morning that his life went downhill after a documentary about his "transition" was released when he was 18.
"I was really depressed and I was struggling to find work – no one would give me a job," he said. "My documentary was out when I was 18 and that like, kind of ruined my life from there."
"I never wanted to change back to a man. I was 18, I was going through a really bad patch," he said. "I was in a really bad relationship."
This Morning anchors Eamonn Holmes and Ruth Langsford gushed about Cooper's "journey" and asked how society can be more "enlightened."
"I just knew I wanted to be a girl" as a young child, said Cooper.
Langsford suggested that for young Cooper it wasn't so much wanting to be a girl as it was "feeling you’re in the wrong body."