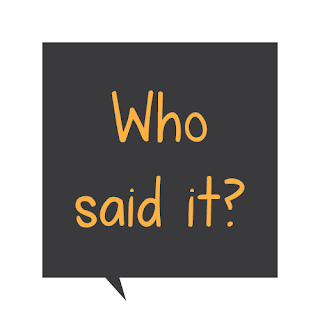 The Joe Biden Who Never Was

ese are the most radical first three months of a presidency since 1933, the most divisive—and certainly the most dangerous. And its catalyst is the myth of ol’ Joe from Scranton who has unleashed furies and hatreds never quite seen in modern American history.

At an age when most long ago embraced a consistent political belief, late septuagenarian Joe Biden suddenly reinvented himself as our first woke president. That is ironic in so many ways because Joe’s past is a wasteland of racialist condescension and prejudicial gaffes. For much of the 1980s and 1990s, he positioned himself as the workingman’s Democrat from Delaware (or, as Biden once beamed, “We [Delawareans] were on the South’s side in the Civil War.”). In truth, he exuded chauvinism well beyond that of his constituents.

Biden’s concocted working-man schtick meant praising former segregationists of the Senate like Robert Byrd and James O. Eastland. He would talk tough about inner-city predators, even as he pontificated about his support for tough drug sentencing. Kamala Harris, without any political traction other than her race and gender, once predicated her unimpressive and early aborted presidential campaign on the single strategy of knocking Joe out of the primaries for his purported innate racism that hurt victims of color, such as herself, the deprived child of two Ph.Ds.

Add up what Joe has said about race and it is hard to find any major political figure of either party who has been so overtly race-obsessed. His corny Corn Pop fables positioned Joe as the white working-class everyman. Indeed, he took on supposed gang bangers from the ghetto, standing them down, no less, with his own custom-cut chain.

On the paternalistic flip side, Joe kindly allowed young African-Americans at poolside the chance to stroke their heroic lifeguard’s shimmering golden leg hairs, or so he tells us.

As vice president, Biden condescendingly warned an audience of successful black professionals that a rather meek Mitt Romney had the superhuman ability to “put y’all back in chains.”

Indeed, he warned them in a fake black patois, reminiscent of Hillary Clinton’s grating “I don’t feel no ways tired.” In Bidenland, donut shops are full of Indians and the sum total of Barack Obama is the fact he was supposedly “the first mainstream African-American who is articulate and bright and clean and a nice-looking guy.”

We assume then that Joe was suggesting that Shirley Chisholm and Jesse Jackson could barely speak, were unkempt, and perhaps ugly in comparison to Barack Obama. The latter, other than his diction, fastidiousness, and appearance, apparently to Joe had not much to offer the country.

It is hard to accept that these crazy musings were only the stuff of pre-woke Joe Biden. Last week in a joint press conference with the Japanese Prime Minister Yoshihide Suga, Biden true to form referred to the 29-old Masters golf champion Hideki Matsuyama as the “Japanese boy,” as in “You got a Japanese boy coming over here . . .”

For the hyper-Left, one-strike-and-you’re-out, take-no-prisoners, media, racialist—and now president—Biden presents a dilemma: hammer him for what would have imploded other presidents? Stay mute and keep taking the hit as journalistic hypocrites and sycophants? Leak and whisper that he is to be excused on the grounds he is non compos mentis? Or leak and whisper it’s past time proof that Kamala Harris must now assume her birthright?

Joe, remember, was quarantined in the 2020 campaign. His rare communiques were prepped and edited by a cloister of handlers. No matter: even then he still managed to go full racist Joe and write off two media hosts with racial put-downs—one with that now progressive signature, condescending inner-city slang, as he announced “You ain’t black.”