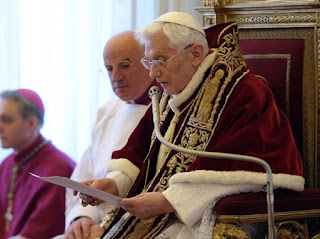 
“It was not a good thing for the Church to lose its universal shepherd”, Cardinal Raymond Burke has commented on the resignation of Benedict XVI, “There is a certain feeling among many Catholics that their father abandoned them.”
Talking to the Macau newspaper O Clarim (December 15) Burke expressed his hopes that papal resignations will not become a common practice.
The cardinal concedes that at the time of his resignation Pope Benedict had reached a certain age, “but certainly he was in full possession of his faculties.”
He is not convinced by the argument that Benedict was no longer able to travel or bear many audiences, “Who says that the pope has to travel or that he has to receive so many people? I think it is necessary to re-examine the substance of the Petrine office.”