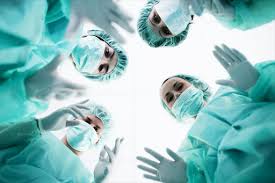 This Man Received 167 Sex-Change Surgeries. He Lives in a World of Regret.

The transgender ideology has grown progressively more deadly and destructive.

By WALT HEYERJanuary 13, 2018 •
Recently I interviewed a person whose experience with gender change surgeries was so extreme, it gained him entry in the Guinness World Records book for the most gender reassignment surgeries for an individual person.
Blair Logsdon’s story is a cautionary tale for anyone today who is considering the use of cross-gender hormones and gender change surgery to feel better about themselves.
Blair underwent 167 surgeries from 1987 to 2005 in his quest to resolve gender dysphoria with surgery. On a cold, snowy December morning in a Maryland coffee shop, he shared with me his story.
In 1987, at the age of 26, he underwent the first of many cosmetic surgeries to change his gender/sex appearance from male to trans-female. Within a few months, he said he deeply regretted becoming a trans-woman.
For the next five years, he struggled in his life as a woman before undergoing a genital surgical change to restore his original male self.
But peace with his gender eluded him.
With gender dysphoria still present and feeling unsettled, Blair underwent yet another gender change and returned to self-identifying as trans-female.
Doctors, apparently with total and reckless disregard for Blair’s emotional, psychological, and sexual well-being, ignored his obvious distress about previous cosmetic surgeries and indulged his requests for more.
Blair said he continued to have regrets about the feminizing surgeries, even as he strongly felt the need for more, caught in a cycle of hope followed by disappointment.
By 2005, seven cosmetic surgeons had performed 167 gender-affirming surgeries on his body, filling their bank accounts to the tune of more than $220,000 and leaving him, in his words, “disfigured.”
Blair says he regrets all 167 surgeries. No longer turning to the surgeons to discover his “true self,” he has found his true male self in following Jesus Christ.
I do not blame Blair one bit in his case. The doctors and surgeons failed him in their responsibility to “first, do no harm” — as the Hippocratic Oath says — and wrongfully profited from the 167 disfiguring surgeries. Yet they will not be held accountable or responsible for gross medical misconduct or malpractice against this good man.
At some point, these surgeons should have refused requests for more surgery and protected Blair from harming himself further. Instead, they chose to take advantage of his emotionally, psychological, or sexually unhealthy and unstable psyche.

Transgender People Could Benefit From Hearing the Truth

As a society we, too, fail transgender people by withholding the truth from them in the belief that telling the truth is somehow offensive and hateful. No — following the evidence is not hate speech, it is the foundation of the scientific research.
Several core truths have been relegated to the category of hate speech. For example:

The Truth: Psychotherapy Is Important

For the last 50 years, the transgender ideology has grown progressively more deadly and destructive as it takes lives via suicide, destroys marriages, rips family relationships apart (including my own), and now expects the whole of society to reject the physical truth about sex and gender in public places and in social interactions, under the threat of ostracization and legal prosecution.