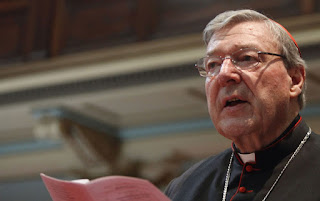 Pell also said that he believes the information flow this time is an improvement on the October 2104 edition of the Synod of Bishops, when there were charges by conservatives that Vatican briefings presented a selective vision that generally favored progressive positions.
“Both sides of the story are getting out this time, I think,” he said.
“In terms of the [synod participants] who are briefing the media, I think they’re getting a mix of left, right, and center …. it’s better than it was the last time, anyway,” Pell said.
Pell said that he believes the final report must deal with sensitive issues, such as proposals to allow divorced and civilly remarried Catholics to receive Communion, even if there’s no clear consensus among the bishops.
“I don’t think we’ll be in that position,” he said, suggesting that opposition to those proposals represents a strong majority in the synod.
“But even if it actually is 50/50 on some significant point, I think the Catholic world has to know that,” Pell said.
Vatican briefers repeatedly have told reporters that a decision on whether to release the synod’s final document is up to the pope. Pell said he believes it should be released, among other things because it’s destined to leak out anyway.
“I think no matter what happens, it will be public,” he said.