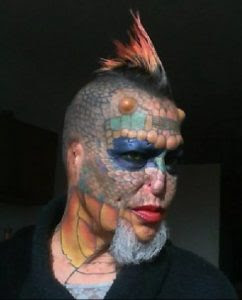 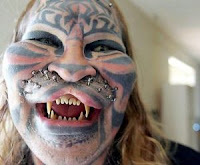 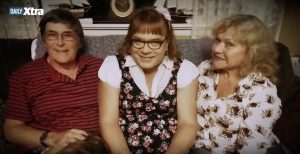 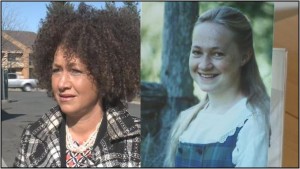 Lucifer: The Founder of the Trans-Movement

In the 1970’s there was a tv show called the Six Million Dollar Man, which was about a man who had a series of body parts replaced by robotics.  The tag-line of this show was, “Gentlemen, we can rebuild him.  We have the technology.  We have the capability to make the world’s first bionic man.  Steve Austin will be that man.  Better than he was before.  Better.  Stronger.  Faster.”
The very idea of the show was that man could somehow be improved through technological enhancements.  We can see this philosophy playing out in many aspects of modern life.  In the world of genetics, scientists are tinkering with the human genome in an attempt to improve the human condition.  Some scientists have even attempted to splice human genes with animal genes.  In the world of entertainment, men and women obtain powers and abilities beyond human nature, whether it be by technology, genetic mutation, or occult sources.  And central to this mingling of fantasy with technology is the Trans-Movement.
The very essence of the Trans-Movement is the idea that someone can be that which they are not.  The feverish delirium that men can be women or that women can be men has swept the world to the point that civil laws are being enacted that punish people for refusing to go along with these sexual fantasies.  But that’s just the tip of the iceberg.
It should go without saying, but merely altering the appearance of a thing does nothing to change its nature.  If a rock is painted gold, it is merely a rock with gold paint on it … it does not suddenly become a gold nugget. Similarly, someone who mutilates their body to resemble an animal does not become that animal, and someone who wears the clothing of the opposite sex does not become that sex.  But this is precisely what the Trans-Movement would have us believe.
And if all of this seems even just a little bit satanic, it’s because it is.  In fact, one could even say that the very first sin … the one committed by Lucifer … was the very foundation for the entire Trans-Movement.
Isaiah 14: 11-15 gives us the account of Lucifer’s fall from grace:
“Thy pride is brought down to hell, thy carcass is fallen down: under thee shall the moth be strewed, and worms shall be thy covering.  How art thou fallen from heaven, O Lucifer, who didst rise in the morning? how art thou fallen to the earth, that didst wound the nations?  And thou saidst in thy heart: I will ascend into heaven, I will exalt my throne above the stars of God, I will sit in the mountain of the covenant, in the sides of the north.  I will ascend above the height of the clouds, I will be like the most High.  But yet thou shalt be brought down to hell, into the depth of the pit.”
The portion in bold is a most curious line.  Lucifer, in its pride, said “I will be like the most High.”  At the beginning of the statement, Lucifer says, “I will be …” which is future-tense, meaning that Lucifer “currently is not.”  The very foundation of this sin of desiring to be that which Lucifer is not is the “pride” which brought it “down to Hell, into the depth of the pit.”  Lucifer is, in fact, the very first “Trans-Being” and the founder of the Trans-Movement itself.
Having thus been cast out of Heaven, Lucifer begins to work on convincing Eve to join its Trans-Movement.  In the Garden of Eden, in the form of a serpent, Lucifer attempts to convince Eve to eat the fruit of the tree of Knowledge of Good and Evil.  After Eve tells the serpent that if she ate the fruit that she would die, the serpent replies, “What is this talk of death?  God knows well that as soon as you eat this fruit your eyes will be opened, and you yourselves will be like gods, knowing good and evil.”
There are a couple of very important elements in what the serpent says here.  First of all, as with its own fall, the devil says, “you will be,” which is also to say, “you currently are not.”  So, Eve is being told that she can become something she is not.  But notice also that the serpent says she and Adam will become “like gods.”  Notice the lower-case “g” and the plurality of “gods.”  Adam and Eve wouldn’t become “like God,” because they already were “like” God, having been made in His image and likeness.  They would become like that which they were not … like “gods,” or more precisely, like the rest of the demons.
This temptation to become “like gods” is what led to the fall of the entire human race.  In other words, all of mankind fell from grace because of the lure of “transitioning.”
And this philosophy of transition has found a common thread through human history.  One example of this is found in the ancient mystical art known as alchemy.  This precursor to chemistry, which dropped the mystical and mysterious for the scientific, had a strong focus on transmutation.  In short, it was commonly believed that base metals, such as lead, could be transformed into noble metals like gold.  So, the idea with alchemy was that elements could become that which they are not.
Also found in the ancient world are chimeras; creatures that simultaneously possessed the parts of one species and the parts of another.  Griffins (which were part eagle and part lion), minotaur (part man and part bull), sphynx (part man and part lion) are all basic examples of chimeras.  The modern equivalent to the myths of chimeras is Darwinistic evolution, which posits the idea that every species of living organisms are in a state of transformation, eventually becoming another species.  Therefore, evolution is the alleged study of living creatures becoming that which they are not.
Leiam o resto clicando aqui.