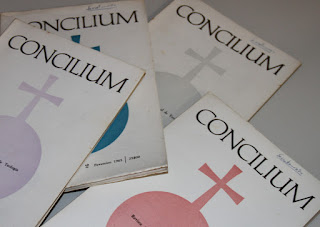 De Mattei: The John Paul II Institute has fallen. But has it fallen with honour?

In the momentous battle presently going on inside the Church a tower has fallen: The Institute of John Paul II.  So as to contextualize the event, the article by George Weigel which carries the title - The Vandals sack Rome again”* is helpful.  According to Weigel, after the Second Vatican Council  a “War of the Conciliar Succession” opened between “two groups of previously-allied reformist theologians”, identified by two periodicals, Concilium and Communio: the former ultra-progressive, the latter moderate. At stake was the battle “for the control of faculty slots in theology departments around the world”.
...
There is a gap however in our friend George Weigel’s construction that that we will try to fill in. First of all, it should be remembered that the twenty-seven years of John Paul II’s pontificate were followed by Benedict XVI’s eight years in the governing of the Church. In all, thirty-five years of ecclesiastic predominance by moderates. How could it happen, notwithstanding this long period of reformist governance, that the Jacobins were able to take power, exercising at present, merciless repression against their adversaries?
The doubt arises that this was due to the intrinsic weakness of the moderate front. Doctrinal weakness, inasmuch as it was based on the attempt to justify an event at any cost, such as the Second Vatican Council, which bears the most serious  responsibilities, beginning with its failure to condemn Communism at a historical time when this constituted the gravest threat to the Church and the West.  Strategic weakness, given that those who are convinced of defending the truth, cannot tolerate that error has continued to be taught for decades in the ecclesiastic universities and seminaries, as happened during the pontificates of John Paul II and Benedict XVI. The strategy of promoting the truth, avoiding the condemnation of error, does not pay. The facts have not confirmed this strategy, but they have corroborated the law of Thomas Gresham (1519-1579), whereby bad money drives out good - and not vice-versa.
Benedict XVI’s renunciation of the papacy on February 11th 2013, was, for that matter, the declaration of the completed failure of this strategy. The hermeneutic of continuity proved to be incapable of countering ecclesiastic Jacobinism..
Jorge Mario Bergoglio pits his “living magisterium” of the Church, against those who invoke “the living magisterium” of the Second Vatican Council.  If a Council of the Church is always right, how can a Pope be faulted by presenting himself as an incarnation of that event? Pope Francis, for his part, like all Jacobins, detests more than anything the ambiguity and contradictions of the moderates, whereas he respects and fears the coherence of the counter-revolutionaries. Further, if the John Paul II Institute is being sacked today by vandals, it is precisely because it did not resist Pope Francis openly, when it was the time to do so.
...
On August 3rd, in an interview with La Verità, Monsignor Livio Melina presents himself as a victim of unjust purgation, asserting that he had been struck for interpreting Amoris laetitia in the light of the Church’s Magisterium. The problem is that Amoris laetitia cannot be interpreted in the light of the perennial Magisterium, given that it proposes a new moral paradigm, irreconcilable with Veritatis splendor.  Pope Francis is convinced of it, and so are we. Perhaps even Monsignor Melina is convinced of it too, but he has never said so publically. This silence did not avert his decapitation.  Why be surprised? Hasn’t the history of the French Revolution taught us anything?
Today the battle requires men who fight with clarity pro or contra the Tradition of the Church.
But if it happens that a Pope takes a stand against Tradition, we must respectfully disassociate ourselves from this, remaining firmly inside the Church, from which he, not us, seems to want to separate himself. A gifted theologian like Monsignor Melina has all the intellectual instruments to understand how it is possible to resist the doctrinal and pastoral errors of a Pope without ever lacking in the love and devotion we must reserve for the Cathedra of Peter.  The time for minimalism is over. The time has come when the Truth and error must look each other in the eye, without compromise. This is the only possibility the Truth has of winning.
We need men who fight and if necessary fall - but with honour.

"The time for minimalism is over. The time has come when the Truth and error must look each other in the eye, without compromise. This is the only possibility the Truth has of winning. "